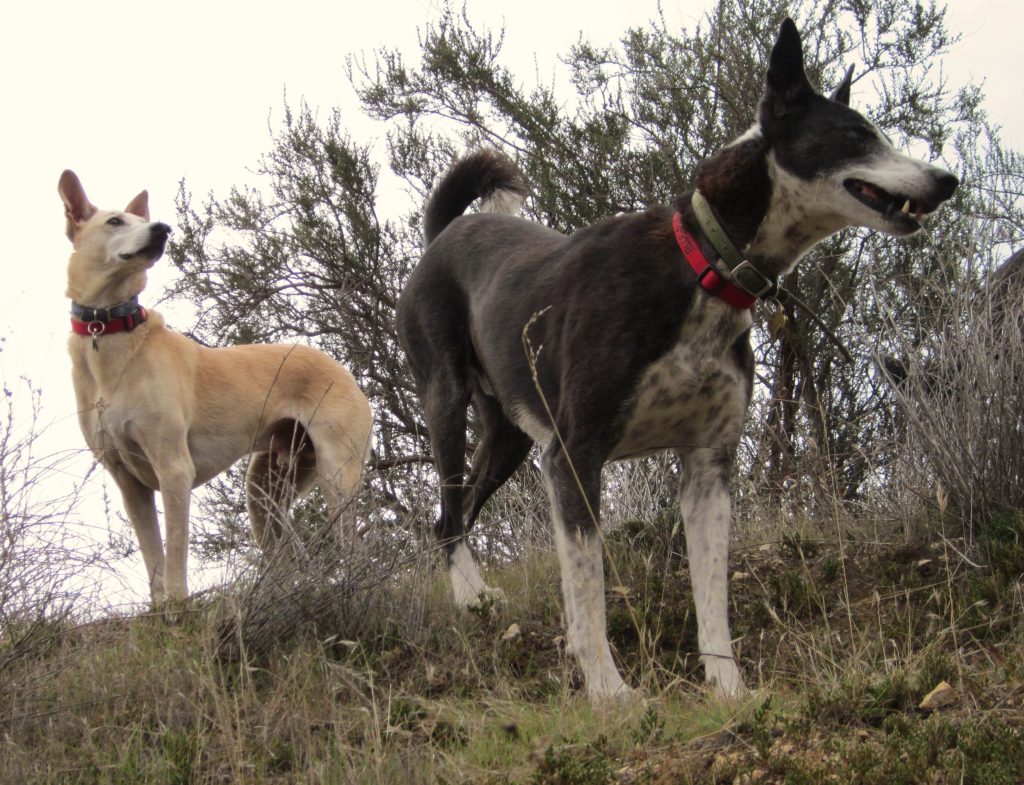 Dogs perceive their environment quite differently from humans © Susan Nilson

Do dogs see in color or black and white? How did my dog know that a thunderstorm was coming? Why does my dog bark when no one is there? How curious the dog’s world must be for them to respond so differently to their surroundings than we would often expect. Though we share the same surroundings, dogs perceive their environment quite differently than humans do. To begin to understand these creatures, we must try to wrap our heads around how they perceive their environment.

Having a clear concept of the dog’s point of view will enable owners and behavior professionals alike to interact appropriately with the dog and to help him to cope with anomalies in his world in an appropriate manner. Furthermore, it will allow the human to gain a more accurate understanding of the behavior of dogs, making the dog-human relationship far more satisfying.

Dogs, like humans perceive their environment by employing sight, hearing, a sense of smell, taste, perception of pain, and a sense of special orientation. So if the human and the dog share this commonality, why do we not completely understand our dog’s reactions? The simple answer is that though we have some of the same perceptions, our anatomy is completely different than that of our canine friends.

A dog’s vision is quite different than that of humans. It is far better in lower light conditions such as what occurs at dusk or dawn. Additionally, his vision is dichromatic. While this term is often compared to what we call colorblindness, the dog is actually not completely colorblind.

The dog’s vision is quite reactive to movement. This enables him to spot prey more easily. Have you ever been sitting quietly and suddenly your dog is at full alert, potentially jumping into the air or running around? You notice now that he has found a fly. You would have eventually noticed the fly but your dog has noticed it first because his visual acuity is more reactive to the fly’s movement than yours is. This is one characteristic to which owners and behavior professionals should pay close attention. It is this particular aspect of a dog’s vision as it relates to his prey instinct that will cause him to react to the spastic movements of a young child. The visual perception of movement can also trigger a reaction in a formerly abused dog.

A dog’s hearing is quite acute. He hears far above the frequency that a human hears, a frequency that is referred to as ultrasound. This ability allows him to hear rodent activity that may not be detectable to the human ear. It has even been posited that puppies communicate with their mothers at ultrasonic frequencies (Peters and Wozencraft, 1989). Again this aspect of a dog’s environmental perception is something that can trigger certain behaviors. For example, a dog that has phobic reactions to storms may actually be reacting to ultrasonic frequencies.

My Treeing Walker Coonhound would start to bark like crazy, whereupon I would look out the windows at nothing particular happening outside of our home. Minutes later a delivery truck would come rolling down the street. She heard the truck enter the area long before I did and long before it was within eyesight, demonstrating the ultrasound capability of canines.

The sense of smell possessed by the dog far surpasses the human’s experience. Dogs are able to detect pheromones with the vomeronasal organ – an organ that humans do not possess. Additionally, the dog has the increased ability to detect scents, or to put it differently, his threshold for scent detection is lower than that of humans. Dogs perform behaviors that will communicate with one another through the use of scent, such as urine marking. Some hunting breeds can sniff out prey, some have been trained out to sniff out contraband while others have even been known to detect cancer in humans with their amazing sense of smell.

A dog’s sense of smell can be a powerful tool for the behavior professional. Often dogs that are more visually reactive can be redirected with their sense of smell. An example of using this sense to the advantage of the behavior professional is to employ the use of a guessing game where the dog cannot see the treat. This exercise can be challenging enough that it will serve to curb other behaviors.

Other perceptions such as taste, pain perception and special orientation are crucial to how the dog understands his environment. Taste is intricately linked to the dog’s olfactory cortex (Bubna-Littitz in Jensen, 2007). Thus, even though the dog’s sense of smell is predominant, the dog is still able to use his sense of taste to determine those items that are edible versus inedible. The working of these two senses in tandem can have bearing on the dog’s behavior.

Pain perception varies greatly from dog to dog as it does from human to human. There is evidence that a pup is able to detect pain far more than even an adult dog (Bubna-Littitz in Jensen, 2007), a fact that has been lost on those who would dock a pup’s tail sans anesthesia shortly after birth. It is prudent for owners and behavior professional to recognize the behaviors that are consistent with pain for the betterment of the welfare of the dog.

The spatial orientation of dogs to their environment as well as that from one object in the environment to another is key to how a dog responds to his environment. This information is helpful in training a dog, as the dog has a perception of distance. Teaching a dog to remain on one side of a threshold or to give a person more personal space by sitting at a certain distance from the human is possible due to the ability of the animal to sense spatial orientation. Spatial orientation is a concept that is often used as a challenging outlet for dogs with a high energy level, such as herding dogs. This is the case for dogs who are involved in flyball or agility events. These exercises can provide a much needed application of the spatial abilities of the dog in a challenging and safe environment. Additionally, it can provide a place where energy is dissipated for those animals that react quickly to visual movement. Visual cues are combined into these and other training and sporting events which may help to deter the dog from negatively reacting in visually stimulating situations.

It is clear that the human perception of the world around us is far different than that of the dog. Understanding these differences will allow us to better connect with our canine counterparts. However, owners and behavior professionals can also use this knowledge in strategies designed to address unwanted behaviors and to help to shape more appropriate behaviors. This understanding will lead to better relationships with our canine companions and will ultimately improve our lives with them and lead to an improved welfare on the part of the animal.