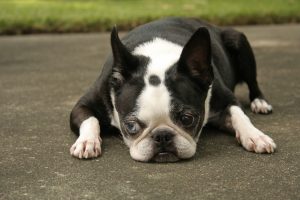 In the case of early or late-onset deafness where the presenting dog was not born deaf, but has become deaf due to ear infections, trauma or deterioration in old age, we may find that a change in behavior is attributed to the deafness…In fact, an interesting paper by Farmer-Dougan, Quick, Harper et al. (2014) reported that, based on a sample of 461 dog-owners, hearing- or vision-impaired dogs were less likely to show aggression among other undesirable behaviors. With this in mind, I am going to present a case study of a relatively complicated little dog who happens to have lost most of her hearing and was referred for aggression problems. Read more.