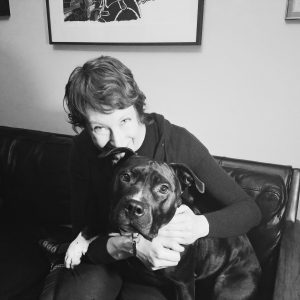 I have spent a lot of time watching how people interact with dogs they don’t know. A handsome boxer was tied up outside a shop, and a woman went right up to him, got in his face, like mere inches away, and told him what a good dog he was. The dog tolerated it. He kept peering past her, toward the shop his person was in. He was pointedly ignoring the woman, but she didn’t notice. A friend of mine was visiting an apartment where I was watching a very old, very scared, very tiny dog. When she was leaving, she stood at the door for a while and stared at the ancient Chihuahua and said goodbye to him about four times. He was literally frozen where he was, unable to move, but my friend didn’t notice. Dogs tolerate so much human behavior even when it makes them uncomfortable. Read article