This article presents an overview of the types of learning, animal emotions vs. animal behaviors, applied behavior analysis, and choice and empowerment in animal training 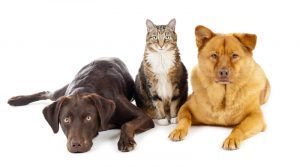 According to Bekoff (2008), it is simply “bad biology to argue against the existence of animal emotions.” © Can Stock Photo / websubstance

By Susan Nilson and Niki Tudge

Like humans, animals can learn in a healthy, humane and safe manner, or, conversely, through pain, force and fear. In cases of high emotional arousal (“emotional hijacking”), the emotional brain inhibits the rational brain and an animal will go into fight or flight mode.

In biological terms, this means it is difficult, if not impossible, for them to learn productively when in a fearful or anxious state, other than to fear or distrust the person (or other, corresponding stimulus) causing the negative emotional response.

We now know, as if there were ever any doubt among those who share their lives with animals, that pets are sentient beings with central nervous systems and brain functions.

It is thus time to lay to rest disagreements and propositions about these differences in terms of learning and emotions because, as mammals, we all share many of the same biological systems and functions, and we each learn through nonassociative and associative means.

Nonassociative learning is defined by how animals change their response to a stimulus without associating it with a positive or negative reinforcer. This occurs in the form of habituation or sensitization.

Habituation occurs when an animal is frequently subjected to a stimulus and thus starts to show a reduction in, or complete elimination of, response to the stimulus. This can happen, for example, if you live near an airport or a train track. You habituate to the continuous noise.

The somatic system carries out the pet’s operant behaviors such as walking, eating, sitting etc. while the autonomic system is responsible for functions that do not require conscious thought, such as breathing, blood pressure and heart rate (Bone, 1999).

According to Bekoff (2008), it is simply “bad biology to argue against the existence of animal emotions. Scientific research in evolutionary biology, cognitive ethology (the study of animal minds) and social neuroscience support the view that numerous and diverse animals have rich and deep emotional lives.” Learning

With such rich emotional lives, then, there can be no doubt that all pets deserve to live in a safe, nurturing, stable, enriched environment where they are treated humanely, are free from force, pain and fear, and have each of their individual needs met. This, in turn, can go a long way toward preventing future behavioral issues.

Even then, depending on an individual dog’s genetics, environment and/or early learning experiences, behavioral issues can still occur and owners need to be aware that, having ruled out any medical cause, such issues can be consistently, reliably and effectively resolved – or at the very least successfully managed – with the implementation of humane, modern, science-based training methods based on positive reinforcement.

An important part of this is increased access to better pet care education via competent and qualified specialist organizations and associations to help owners understand that significant physical and emotional damage can occur from the use of aversive tools or techniques, including so-called electronic stimulation.

In our cyber-driven world, where information is not always accurate or scientifically sound, however, it can be difficult for pet owners to make the best decisions.

A Review of the Science

As Friedman (2005) states, “It’s not that science can be relied on to always provide the Truth. We’ve all been jerked and pulled by the capricious findings of science too many times to be so naïve. I mean, until they make up their minds about chocolate, coffee and red wine, count me in. Scientists themselves concede that a fact is only a fact until it’s replaced by a better one.

“However, what science does offer, far better than common sense, conventional wisdom and other ways of knowing, is a process of self-correction over time that is achieved by two fundamental activities – public, peer-review and verification of findings across independent groups of researchers. Thus, although what is known today may indeed change tomorrow, it is the very best, most reliable information available at this moment.”

Indeed, there is a law to science. Scientific laws imply a cause and effect between observed elements and must always apply under the same conditions. In order to be considered a scientific law, a statement must describe some aspect of the universe and be based on repeated experimental evidence.

A scientific law is “a statement of fact meant to explain an action or set of actions such as the law of gravity. Laws are generally accepted as valid because they have been repeatedly observed to be true. The most fundamental law of behavior is the Law of Effect that states behavior is a function of its consequences.” (Friedman, 2005).

The approach to pet training is gradually shifting away from more traditional practices that rely on aversive strategies. Today, achieving a desired goal by inflicting pain, force or fear is increasingly considered to be less acceptable than it was in the past: “In the last twenty years the pendulum swing has been toward methods that use minimal pain, fear or intimidation – or none at all.” Donaldson (2017).

Abuse such as deprivation, restricting a pet’s access to food, water, play, freedom and reduction of choice protocols, and executing maximum control over a pet, are also increasingly being considered as inhumane, and the growing body of evidence as presented by Ziv (2017) argues for efficient, humane training that empowers the pet and offers choices.

Empowerment training provides an environment where the pet feels safe to be creative, persistent, and industrious, and helps promote behavioral well-being.

Choice in dog training means providing “more than one scenario for a pet to choose from. Giving pets and humans choices empowers them to choose to comply rather than forcing them to comply which sets them up for more ideal learning that is less stressful and more fun. Empowerment training keeps the emphasis on the emotional state of the pet, reinforcing behaviors consistent with fun, joy and play (O’Heare, 2011).

States Ramirez (2016): “The end goal of training should be animal welfare. The primary goal of training is something that directly benefits the individual animal such as physical exercise, mental stimulation and cooperative behavior. We put the animal’s needs first. Choice is a huge reinforcer for animals. If you use force, then choice is pretty much off the table.”

Via the use of the appropriate philosophical approach, training methodology, recommended equipment, and applied behavior analysis, a pet can learn in a fun and family friendly manner.

States Patel (2018): “Training is no longer something we do to animals but something we do with animals. It is a conversation. We want participation rather than compliance. Let dogs choose the behaviors they are most comfortable with rather than tell them what to do.”

In pet industry training and behavior counseling, the practitioner must observe, apply and understand the science of applied behavior analysis (ABA). There is no place for an uneducated but so-called commonsense approach; common sense is not grounded in science and is often “little more than a social record of folk wisdom, clichés and homilies about behavior. Common sense maintains the status quo so we continue to do what we know best rather than seeking out the best we can do.” (Friedman, 2004).

States Patel (2016): “Science looks at seeking nature’s truths and a specific effort is taken to gather and evaluate information in a deliberate and systematic manner. We should always be thinking about what is the function of the behavior. We need to understand behavior not just from how it looks, but why animals do what they do.”

ABA is the scientific approach to behavior change used by training and behavior practitioners.

According to Cooper, Heron and Heward (1987): “Applied behavior analysis is the science in which the principles of the analysis of behavior are applied systematically to improve socially significant behavior and experimentation is used to identify the variables responsible for behavior change.”

While the principles of ABA are typically used with human patients, they are equally relevant in the field of animal behavior (Applied Behavior Analysis Programs Guide, n.d.). Further, according to Wikipedia (2019):

A Behavior or an Emotion?

An animal’s behavior can be overt or covert.

Overt behavior is anything an animal does that we can observe or measure. In other words, any behavior we can see and directly impact through our management, care and training.

Covert behaviors, on the other hand, are hidden and unobservable. They include actions like thinking and imagining. As pet owners, we can probably all agree that our pets do both, even if we cannot directly see them (Tudge, 2017).

Behaviors are also considered to be voluntary or involuntary. They are either shaped by their environmental consequences or through an association with environmental stimuli.

Involuntary, or respondent, behaviors, meanwhile, are elicited from an emotional reaction to a situation. In a process known as respondent (or classical or Pavlovian) conditioning, the presence of one stimulus begins to reliably predict the presence of a second stimulus (Tudge, 2017).

Because of how pets learn, it is important for those working with behavior issues, and specifically cases involving fear, anxiety, or aggression, to have a thorough understanding of the scientific elements of behavior modification.

So-called positive trainers focus on building relationships with pets by using positive reinforcement to train new skills, and to build new behaviors as replacements for problematic ones.

The application of counterconditioning and desensitization protocols are employed to change or “counter” problematic emotions to more healthy, appropriate ones.

When the fear eliciting stimulus is presented, all great things happen, and they are quickly removed with the exit of the fear eliciting stimulus. There must be both a temporal relationship and a contingency between the conditioned stimulus and the unconditioned stimulus for conditioning to occur and for the problematic emotional response to be replaced with a new, more appropriate response.” (Tudge, 2017).

Tudge, N.J. (2009). An outline of the four quadrants of operant conditioning. The DogSmith