The Pets Left Behind in Ukraine Need You – Here’s How You Can Help Today!

This article looks behind the scenes to find out how the animals left behind in Ukraine are being cared for by a dedicated and devoted network of animal lovers and professionals (including photos and video footage). It also explains why they urgently need donations from the international community, shows how the funds donated so far are being utilized, and if you want to make a contribution, tells you exactly how you can do it. 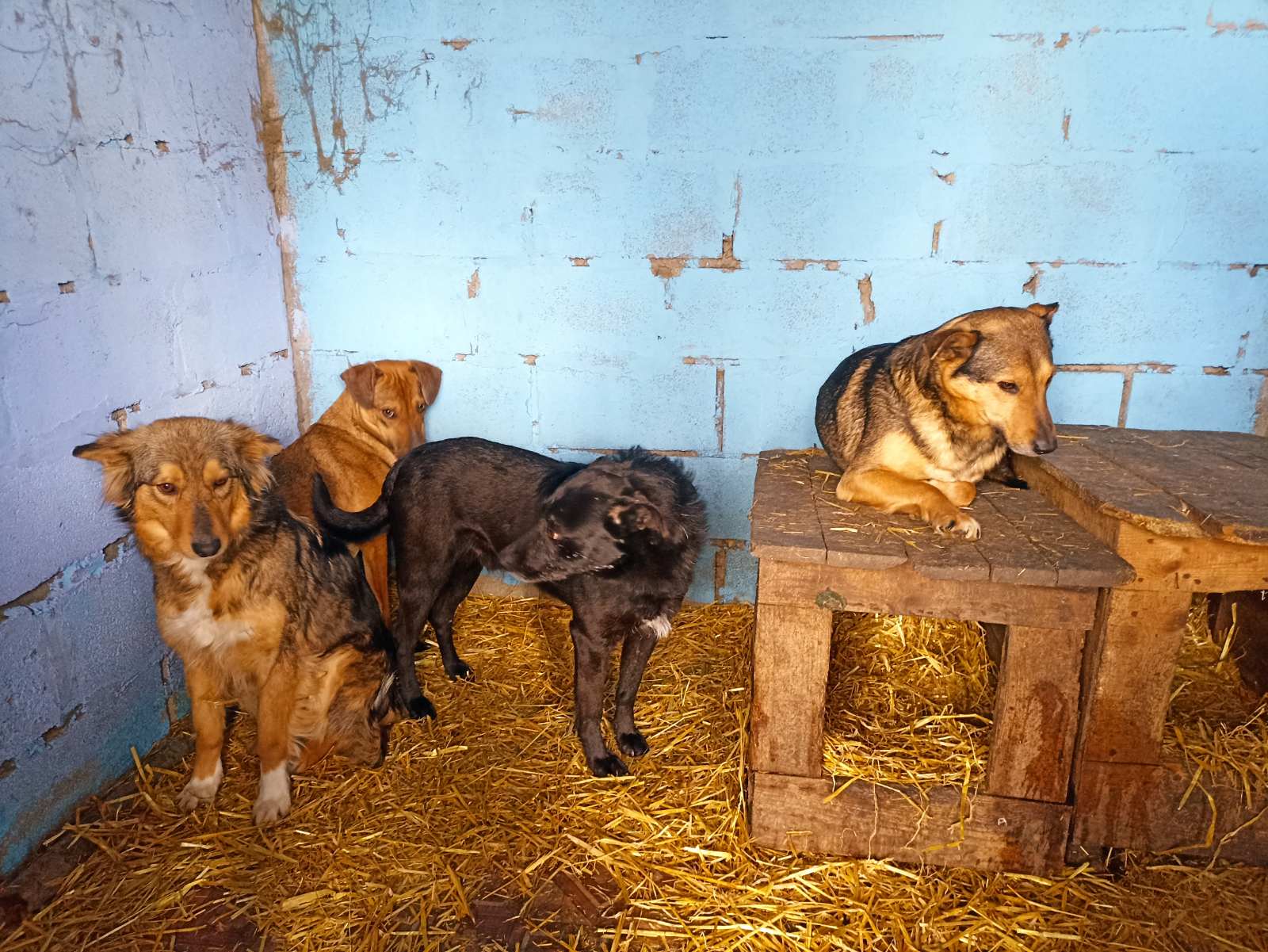 Dogs rescued from Kharkiv have been brought to the shelter in Dnipro, Ukraine © Kovcheg (The Ark)

Today’s pet professionals have often had experience with traumatized animals.

Rescued pet adoption is now widespread and we know that any shelter and rescue experience can be traumatic for the pet, even those in well-resourced organizations.

In Ukraine, the situation is dire. “Rockets are flying, but we shoot them down. Two of them we couldn’t [shoot down], though,” said an animal shelter worker at Ray of Hope in Dnipro.

How You Can Help the Animals in Ukraine

The Pet Professional Guild’s Shelter & Rescue Division is asking you, our dedicated and generous animal welfare community, to help these animals and the people caring for them.

Our friend and lifelong animal welfare advocate, Dr. Marina Bayeva, began a grassroots campaign, Help the Animals Survive the War in Ukraine, that we at PPG are supporting.

She has already distributed funding in her hometown of Dnipro, where veterinarians and shelter staff have bravely stayed to feed, treat and care for thousands of animals amidst missile strikes.

Dr. Bayeva was born and raised in Dnipro and is currently a Fellow in Hospital-Based Psychotherapy at The Austen Riggs Center in Massachusetts, USA.

Her devotion to animal welfare causes began when, as a kid, she collected lunch scraps from the cafeteria for street cats. Dr. Bayeva’s parents still live in Dnipro and she is in near daily contact with the animal shelters’ staff.

Rescuing the Animals of Dnipro

Right now, there is incredible work being done. Efforts are complex and multidimensional ranging from evacuation and veterinary treatment, to supplying food and bedding. Six shelters with multiple species are benefitting from the help they have received from Dr. Bayeva’s campaign.

The staff of Urgent Animal Help Dnipro are bringing buckets of food to cats and dogs currently living on the streets, as shelters are completely overwhelmed.

At the beginning of April, their large refrigerator which stored boiled porridge and meat for these animals broke when the compressor burned down.

Though staff is already doing much with little, feeding these animals requires the continued generosity of animal lovers worldwide.

In the United States and around the world, veterinarians, trainers and behavior consultants often work with noise phobic animals. The ones who cower, flee, tremble and hide during thunderstorms and fireworks-holidays.

Pet professionals can imagine how animals in Ukraine are suffering from the sounds of war. Seizures from panic were reported by Cima/American Veterinary Medical Association (AVMA) (2022).

Kate LaSala is a member of PPG’s Shelter & Rescue Division committee and a behavior consultant who specializes in fear cases.

“Repeated exposure to scary noises, especially if compounded with pain or fear, can increase the dog’s sensitivity,” she said.

“The sounds and chaos of war can create long-standing sound sensitivity and other fears in animals who are living through the war.”

The Chaos of War

While there isn’t a lot of research on how non-human animals are affected by war, we can make some assumptions based on studies of natural disasters.

“War is a terrible thing for people and animals,” said animal behavior expert Dr. Zazie Todd. “For the animals, their whole world is thrown into chaos and they do not understand why.

“They may lose or become separated from their people, they may lose their home, the places they know are changed beyond recognition, and they no longer have their normal routine that helps them feel safe,” she said.

The need is urgent, especially as the unaffected public’s interest begins to wane.

While we have all seen images of refugees escaping with their pets, many animals, particularly larger dogs and horses, were left behind.

These are surely agonizing choices of survival.

According to the AVMA, the pet food company Kormotech estimated 8 million domestic cats and dogs lived in Ukraine before the war, and veterinary staff in Poland expect worsening conditions, including severe injuries and health conditions (Cima/American Veterinary Medical Association, 2022).

People are risking their lives to help these animals.

Routine medical care continues, and Ray of Hope’s Director, Irina Sytenko, is working around the clock treating a number of puppies with infectious disease who recently arrived.

Despite a personal loss, Irina is placing IVs, and even continuing adoptions with several dogs going into homes. 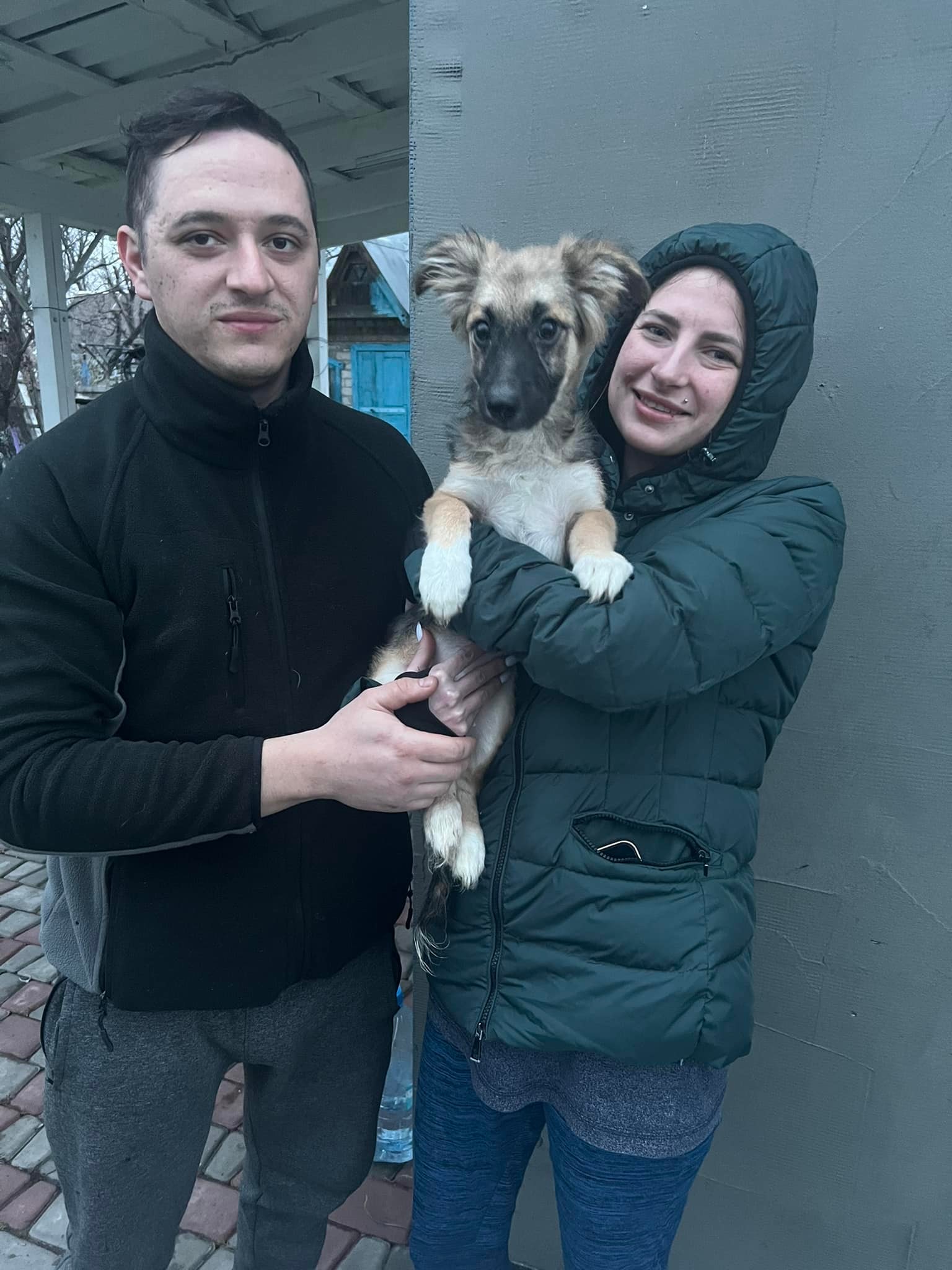 A dog is adopted from Ray of Hope Animal Shelter in Dnipro, Ukraine © Ray of Hope

Staff and volunteers brought more animals from Kharkiv, Sievierodonetsk, and other heavily shelled areas into the relatively safer Dnipro. The fundraiser was able to pay for the gas and travel expenses that made these rescues possible.

Bales of hay and oats for the horses sheltered at Equine Court have been secured, and even supplemented with apples and carrots by the astonishing generosity of locals.

However, the necessities will not last long, especially as supply chains may be disrupted. 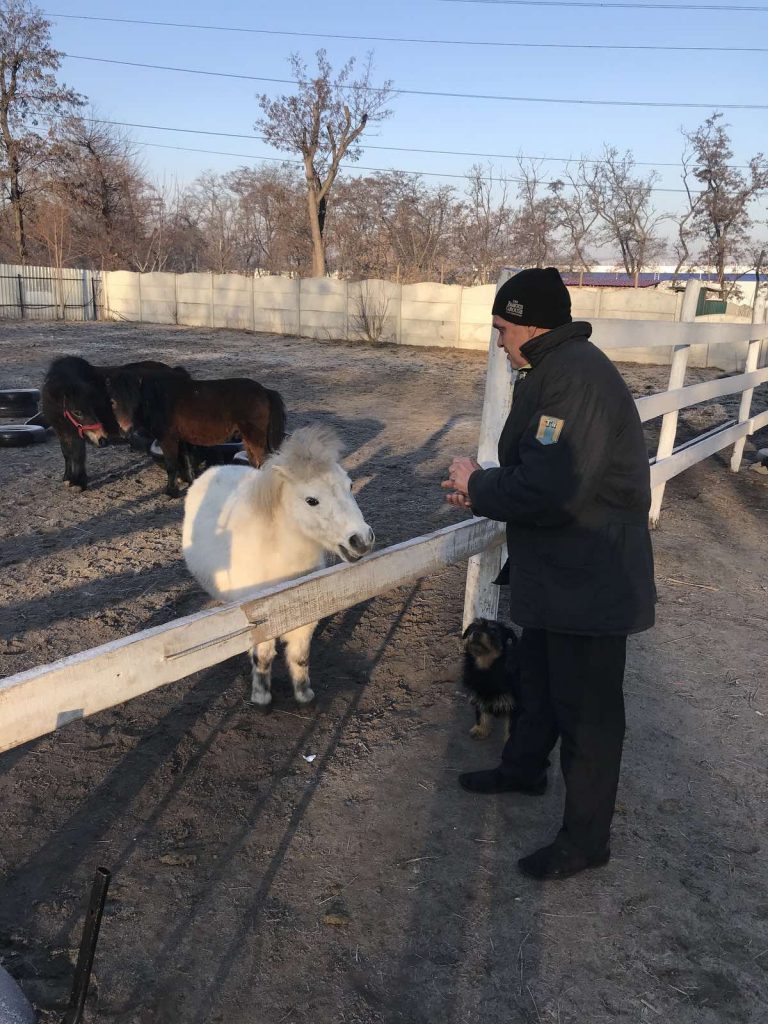 Our colleagues in Ukraine cannot continue these efforts without your help.

In peaceful times, shelter and rescue work is grueling. There are never enough hours in the day.

Staff and volunteers of every shelter are known to give more than they have for themselves, and the organizations of Dnipro are no different.

Sotniskoe is a large and rural shelter, caring for horses and goats as well as dogs and cats. Daily tasks include chopping wood for warmth and cooking.

The Animals Are Hungry

The animals’ hunger is palpable, even through videos the shelter has shared of dogs gulping down large bowls of porridge.

Your Donations at Work 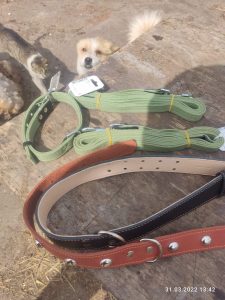 Sotnitskoe Animal Shelter in Ukraine also purchased collars and leashes with some of the money donated to Dr. Bayeva’s campaign to raise funding © Olga Kravchenko-Reva 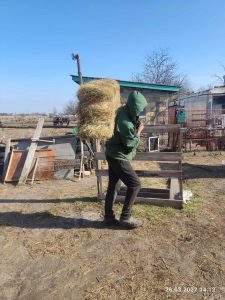 Hay for the horses at Sotnitskoe Animal Shelter in Ukraine purchased via Dr. Bayeva’s campaign to raise funds © Olga Kravchenko-Reva

Olga Umanchyk is the Director of We Stand for the Right to Live, a shelter focused on animals with chronic and acute illnesses.

Olga is now hosting 11 cats from Severodonetsk who are being treated, spayed/neutered and vaccinated.

Four of these cats were surrendered by a couple in their eighties who survived recent shelling, but were unable to take their pets with them prior to evacuation.

A miniature horse named Major with a broken leg was recently treated at Equine Court (see video), who received $500 from the fundraiser.

Please consider joining the kind and caring supporters from all over the world who are already helping in this campaign.

No amount is too small and 100% of your donations go directly to these shelters.

Dr. Bayeva is covering the Givebutter fees herself.

This small, direct aid campaign is a collection of pet professionals, volunteers and animal welfare advocates like you, who are each doing their small part to make sure these animals are not forgotten in this heartbreaking and desperate event.

Before moving to the United States, I grew up in Dnipro, Ukraine. My parents still live there. We could never imagine that ruthless aggression and devastation will so quickly become our new reality.

Now, alongside humans, there are thousands of animals in Dnipro trying to survive the war.

Some of them already lived in shelters, and many more arrived when owners could not bring their furry friends to safety with them.

And while the world raised millions of dollars for military and humanitarian causes, animal shelters in Ukraine are receiving little financial support, struggling to buy food, supplies, medications, and pay veterinary bills.

With the help of my parents and their friends in Ukraine (who are devoted animal activists), I built relationships with several animal shelters in Dnipro, personally speaking with each shelter’s attendant to ascertain their integrity and dedication.

Now, I am asking you to give as much or as little as you can to help the animals of Dnipro survive the war!

I remain in close contact with each shelter and will send the funds directly to them based on the animals’ immediate needs.

Each dollar you donate will help to save a life. And together we will win!

Meet the People Behind the Fundraiser for Ukrainian Animal Shelters in our BARKS Podcast.

Find out how donations are being used to help the animals, and how you can help.

K. Holden Svirsky CTC began her training and rescue work at the San Francisco SPCA in 2012 and is a 2015 recipient of the Academy for Dog Trainers shelter and rescue scholarship. She was a trainer at Tony LaRussa’s Animal Rescue Foundation, winning local magazine Best Dog Training awards in 2016, 2017, 2018 and 2019 and currently consults privately on fear and aggression cases in the Bay Area as well as teaching classes for BravoPup. Her rescued pit bull/cattle dog mix Pablo is a service dog in training and they live together aboard their 45′ sloop in the San Francisco Bay, California.
Tweet