This article examines a new study that explores the importance cats place on an absent owner’s smell vs. their physical presence 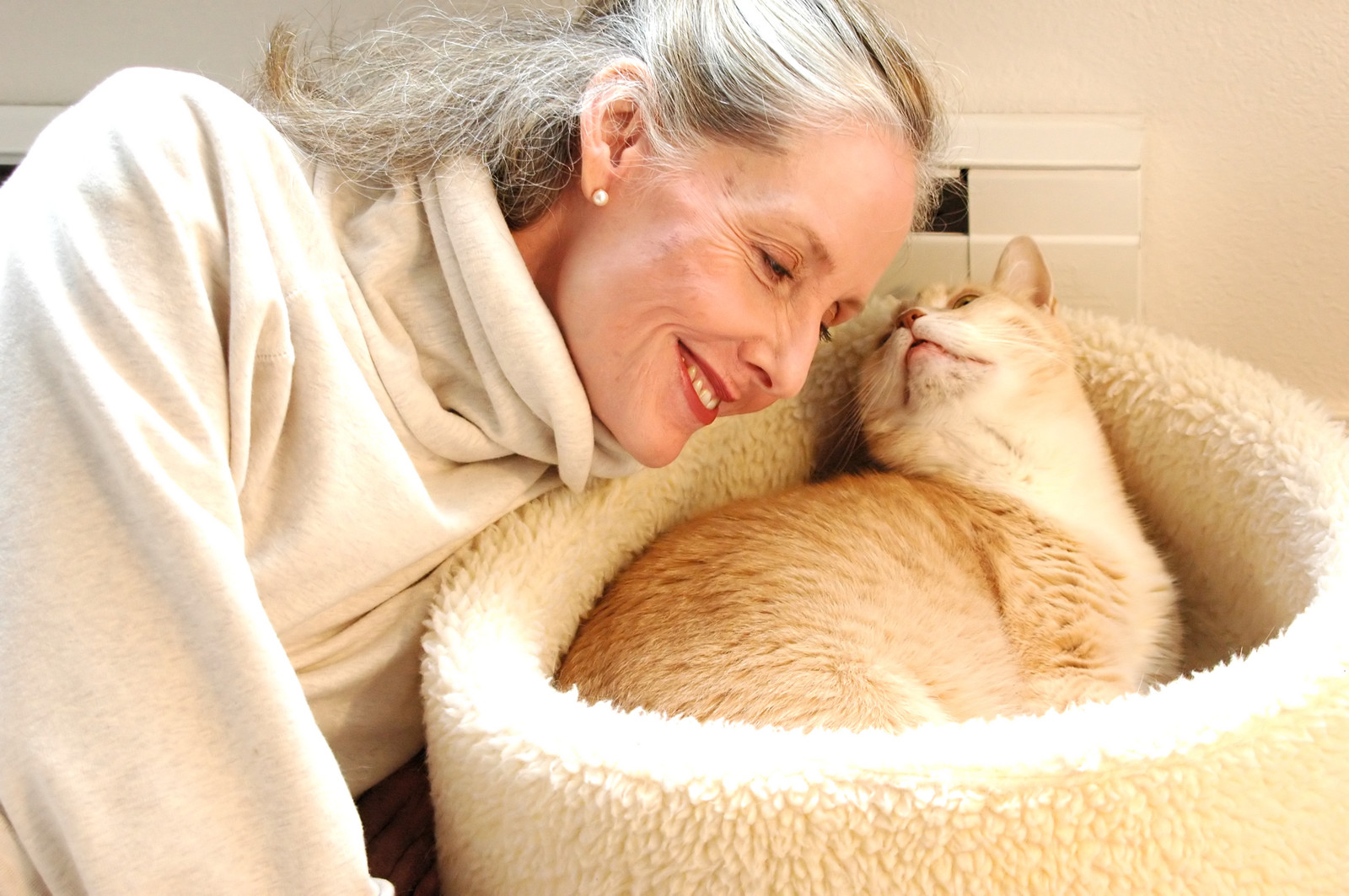 “Smell is a potent wizard that transports you across thousands of miles and all the years you have lived.” – Helen Keller

Olfaction – the sense of smell – I’m sure we are all aware that it’s incredibly important to many species, including humans and dogs. However, I would wager there are many that don’t realise how important it also is for cats, or at least are unaware of how strong their sense of smell is.

But, when you think about it, it shouldn’t be such a surprise. Right from birth, the sense of smell plays a vital role in the development of our feline friends. Kittens are born blind and deaf and rely on their sense of smell to locate the nest, their mom and to get a feed. We know that scent is pivotal in locating prey and sensing predators. And we also know that cats will usually smell a food item before they eat it as part of their natural survival instincts.

“Olfaction is an extremely important sense for cats because it is used in communication, reproduction, feeding and hunting. It is therefore not surprising that cats have a highly sensitive and discriminative sense of smell.” (Atkinson, 2018, p.17).

And what about all that head and body rubbing on household items, as well as on other cats in the home and even on humans? The ‘feel-good’ pheromones our felines leave all around their environment are super-important to their sense of well-being and so they can recognise members of their familial group via smell.

Its importance in environmental enrichment has even seen the development of a chemical version of their pheromones in products such as Feliway™ which form part of valid and tested management strategies in a number of behavioural situations.

As Bradshaw (2014) explains: “Cats are probably capable of distinguishing among many thousands of different smells … Suffice it to say that a cat should theoretically be able to distinguish between more smells than it is likely to encounter in a lifetime.” (p.119)

So, it seems clear that the sense of smell is very important to cats – far more important than many would realise.

It would seem logical to assume, then, when it comes to their owners (particularly owners they share a close bond with), that the smell of the owner would provide comfort to the cat, even if the owner was absent.

I mean, how often do we hear of owners leaving something with their smell on it (like a piece of clothing) with cats who have to be in hospital or a cattery for a period of time, believing that it will provide their felines with some comfort?

Well, according to a study published late last year, such gestures may in fact be a waste of time when it comes to felines. Led by Alexandra Behnke, a research team at Oregon State University looked into whether the scent of the owner could reduce the anxiety of a cat in an unfamiliar environment, and to what extent it might be related to a cat seeing their owner as a ‘secure base.’

And, as it turns out, it is the owner’s actual presence that can relieve stress in unfamiliar environments – and their scent alone simply doesn’t cut it in the feline world.

“The Secure Base Effect (SBE) refers to a human or non-human animal’s ability to use the presence of a bonded caretaker, or other familiar stimulus, as a source of comfort that facilitates stress reduction and exploration in novel or stressful contexts.” (Behnke, A.C. et al, 2021)

This would suggest that cats see their owners – in physical form – as a secure base and it is only their physical presence that will have an effect on anxiety levels in an unfamiliar environment.

So, what do we take from this? I’d like to think it points to a couple of things: (a) that cats do form bonds with us and know when we aren’t present (and that our presence offers them some security in stressful situations such as unfamiliar environments), and (b) that cats are perhaps smart enough to know the difference between our physical existence and an inanimate object that has our smell on it.

But what we should also consider from these findings is the value of owners being able to physically visit cats in hospital and catteries when they are there for extended periods and where circumstances allow. It would seem that a visit from their human may do far more to relieve stress in these situations than any inanimate object, regardless of it carrying a familiar smell or not.

In fact, the study actually suggests that leaving a cat with its owner’s scent and not the actual owner may actually cause more stress. Cats in the study that were provided with the scented object first and left for a longer period before the owner appearing, seemed to exhibit more signs of stress. So, being able to smell their owner but not see them may have unfortunately caused these cats even more stress.

Of course, as with any research into our feline friends, there are limitations within this study, including the number of cats involved, the small amounts of time the cats were left (two and six minutes), the stranger aspect of a researcher leaving the scent item in the room, and no real control over the scented item in terms of type and how ‘smelly’ it actually was. But it is still a worthwhile exploration of an area of feline behaviour about which we still have much to learn.

And let’s not forget that, even while it would seem that cats get more security from their owner’s physical presence than a scented object, the cat’s sense of its own smell should not be underestimated.

So, while we should perhaps give up the idea of leaving our beloved cats with a piece of our clothing while we are not present, we should absolutely still provide them with plenty of opportunities to be surrounded by their own scent.

Vet hospitals and catteries should encourage, where possible, for cats to have something with them that has their own smell on it – some bedding or a toy for example – and to ensure these items are only washed if necessary.

The same goes for the home environment. Don’t be constantly cleaning down all the vertical surfaces your cat rubs its head and body against – they are leaving important scent markers to make themselves feel calm and safe, and will top them up regularly.

Only wash their bedding when it is necessary and ensure that not all bedding is washed at the same time. And don’t use strong-smelling cleaners, laundry liquids and detergents when it comes to the cat’s belongings, including their litter trays.

A little bit of respect about the feline sense of smell will go a long way to ensuring your cat is as settled, happy, healthy and stress-free as possible – and that your bond with them is as strong as their sense of smell!