This article discusses the use of Livestock Guardian Dogs to protect livestock predation, with the aim of reducing and, ultimately, preventing a reliance on baiting, trapping and shooting of predators through the introduction of a more science-based approach and a better understanding of the breed 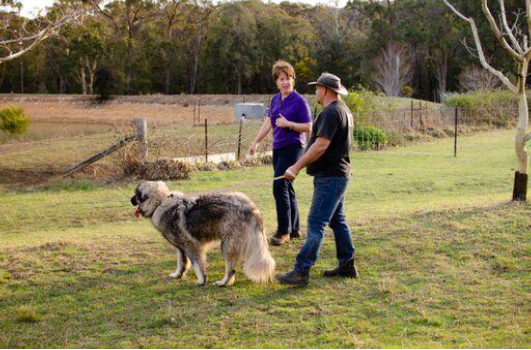 Livestock Guardian Dogs (LGDs) traditionally live alongside livestock in agricultural regions throughout the world. These dogs have been specifically bred to protect livestock from predation, and sometimes from stealing.

Traditionally, and still to this day, they play a very important role in many cultures in Asia, the Middle East and Europe where nomadic lifestyles and “transhumance” shepherding is practiced.

Transhumance is a way of moving and grazing livestock, in national parks in Europe for example, according to the seasons and the availability of grazing. Farmers rely on their LGDs to protect their livestock – and their only source of food and income – from attacks by wolves, bears and other predators who share these grazing areas.

In their countries of origin, these dogs are highly valued and are vital to the everyday life of pastoralists and shepherds, with some of the breeds being referred to as primitive breeds.

These breeds certainly require a more considered and informed approach when humans choose to work with them. LGDs started emerging in the USA in the 1970s and have today become the strategy of choice in both large and small operations.

Increasingly, LGDs are also finding their way into more domesticated situations such as urban households, hobby farms and apartments. The outcomes of these situations are not always favorable for these owners, nor in the best interests of these breeds. This is a topic I touch on briefly in my webinar for Michael Shikashio’s Aggression in Dogs Master Course.

This evolving situation also sparked a request for a similar webinar for the Pet Professional Guild Australia in 2020, titled Understanding Livestock Guardian Dogs is Critical to their Success as Companion Dogs. He goal was for focus more on helping dog trainers, veterinary staff, groomers, shelter staff, dog walkers and owners better understand the approach they should take with LGDs when working with them.

Through a series of events, I found myself specializing in LGDs, and as a result, I now provide assistance to LGD owners to help them to solve their everyday problems by understanding and managing these unique, purpose-bred group of breeds in both urban and rural working environments.

I became an administrator for the largest LGD Group – Positive Training Methods for Livestock Guardian Dogs – and through the mentoring and resources we offered to our members, we saved the lives of many LGDs mostly in the USA and Canada where these working dogs were the most prevalent. 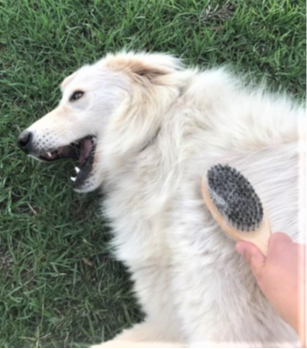 The main focus of my LGD business is educating farmers in how to implement a successful LGD strategy in their operations to prevent livestock predation, by providing robust, science-based educational opportunities.

I will never forget that day in 2018 when I heard of yet another Australian farmer committing suicide due to the livestock losses he suffered from predation. I remember feeling frustrated that no one was advocating for, nor promoting this strategy in my own country and I felt very strongly that it didn’t have to be this way because there is a highly successful, alternative solution.

It was this feeling that propelled me to stick my neck out, alone, in a country where the strategy is littered with misinformation, negativity and suspicion, and where the focus is on extermination of the country’s apex predator.

I was recently named as one of four Finalists for the 2022 NSW/ACT Rural Women’s Award for my innovative project, advocating for the use of LGDs as a robust alternative strategy to address livestock predation in Australia.

There is increasing interest in the use of LGDs within Australia’s agricultural industry. From experience, I know that what is important, is that the right educational opportunities and guidance based in science, is made available for producers and the agricultural industry. A situation which has hitherto, been unavailable to them.

The Economics of Livestock Predation

Source: PESTSMART – Cost of Pest Animals in NSW and Australia 2013-14

*Estimated annual pest animal expenditure for an average farm of between $300-$500.

Why Is This Advocacy and Project Needed?

Many LGDs are misunderstood due to the lack of education about these breeds. As a result, they are mismanaged, their training input is lacking, and many are either rehomed, shot by farmers, killed on roads or euthanized. But with the right understanding and approach to managing and training, many of these dogs can and do live a happy and successful life.

In addition, due to the prevalence of aversive approaches to the training and management of these dogs, advocacy for the use of more humane, science-based methods is vital.

What Are the Advantages of Using Livestock Guardian Dogs?

The use of LGDs to prevent livestock predation, is a highly successful strategy, especially in their countries of origin. They are so successful that alternative strategies such as baiting, trapping and shooting of predators is not resorted to.

LGDs have also proven their worth in other western-style agricultural models such as in the USA and Canada, and Australia.

By utilizing this strategy, the need for widespread inhumane eradication of predators is eliminated. Currently in Australia, there is widespread baiting with the inhumane poison 1080, which is banned in most other countries and is aimed at eliminating the native wild dingo. The dingo is Australia’s largest land-based apex predator which performs a vital role in maintaining the balance of our ecosystems.

The use of LGDs provides an opportunity for producers to live in co-existence with predators and offers a solution to the human/wildlife conflict that exists in many countries.

LGDs have recently been utilized in African countries to deter wildlife incursions into farming areas and to deter predators from predating on livestock. This has reduced the retaliatory killing of wildlife and predators by local tribes and farmers.

Conservation is increasingly an area of great concern for consumers, and we cannot afford to ignore that movement. We must find more sustainable ways to live with and to conserve our biodiversity especially as we are increasingly encroaching upon their habitats and as a result, creating conflict.

How Are Livestock Guardian Dogs Trained and Managed?

Management to me is more important than the training. If you can get the management right, the rest is achievable. If your management is not robust, you and the dog/s will struggle.

Management also requires an understanding of how LGDs think and what is important to them. For example, if you approach the training like you would for a manners lesson, you’ll be the only one paying attention! The dog will quickly let you know that.

This is also the reason so many unskilled trainers will quickly use aversive methods and tools with these dogs as they struggle to control them and, possibly, attempt to preserve their own egos.

The environment is also a key component for success, and this includes structures such as adequate fencing to prevent roaming and the dog expanding its territory onto the neighbor’s property. 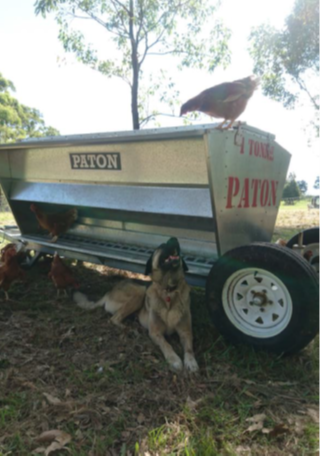 “Kawa,” a client’s Anatolian, keeping an eye on her charges in an open range, egg-laying operation in Lambs Valley NSW. Kawa was repurposed (retrained) from goats to chickens for this successful placement, which is an often-difficult transition for some LGDs © Erin Williams

In urban environments, the most common problems are frequent barking and reactivity to environmental stimuli/triggers. LGD owners often don’t do their research and end up having to rehome their dogs once they reach the juvenile period. Or they may struggle to handle a reactive dog that can range from 80-200 pounds in weight.

Another behavior that many owners struggle with, is the tendency of these breeds to want to guard everything (sometimes referred to as resource guarding).

On the other side, they are the most gentle and trustworthy dogs around their family, and especially children. In their countries of origin, these dogs are often left to babysit the little humans whilst the adults tend their flocks.

They are very laid back and spend most of their day lazing around (always aware of what is going on). Their response to a perceived threat is instantaneous and swift, even from a slumber.

Once you’ve invested your time and emotional resources in the management and training of your LGD and you’ve got it right, by around 2 years of age you’ll have the most reliable livestock guardian for another 11-13 years and you won’t lose any livestock to predation or stealing.

Be warned, once you’ve had one of these amazing breeds, you’ll always have them!

Erin Williams CPDT is based in Aberdeen in the rural Upper Hunter Valley of New South Wales, Australia. She is a qualified professional dog trainer and owns and operates two dog training businesses. The first, Beyond Dog Training, is focused on mainstream domestic dog breeds, and the second, Livestock Guardian Dogs Australia is focused on LGDs. She is also a member of the highly respected Delta Institute’s Expert Advisory Committee, working alongside a diverse group of experts to advise the board of directors on strategic direction and growth of the industry’s leading non-profit registered training organization.
Tweet