Listen to the Podcast here on your preferred platform. Or simply click ‘Play’ below. 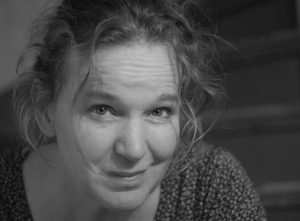 Associate Prof. Karolina Westlund of Illis Animal Behaviour Consulting helps pet parents and animal professionals attain happier animals that thrive in the care of humans. She grew up pining for a kitten and pestered her parents until they finally gave in. The resulting black, green-eyed, half-Siamese cat she got for her seventh birthday became a true friend who lived to be 21 years old, but was an easily startled cat who often went into hiding when there were visitors.

She had grand ideas about becoming a field biologist, but instead majored in ethology and developed a passionate interest in animal welfare as seen through a multidisciplinary lens, including behavior analysis and affective neuroscience.

She is now an associate professor of ethology at the University of Stockholm, Sweden where she mainly teaches about how behavior management can be used to improve animal welfare. She also conducts live seminars, free online webinars and masterclasses in addition to more extensive courses, as well as the occasional scientific publication on the topic of enrichment, animal training and well-being.