Join Niki Tudge, PPG Canine Committee chair Judy Luther and BARKS Magazine editor-in-chief Paula Garber as they Chat and Chuckle with Dr. Lisa Radosta, owner of Florida Veterinary Behavior Service and co-owner of The Real Dog Nerds, about pets with behavior problems requiring a veterinary behaviorist, and what pet guardians can look for and do in preparation for and support of a veterinary behavior program for their pet.

Listen to the Podcast with Dr. Lisa Radosta here on your choice of platforms.

Or just stay on this page and click on the “Play” icon below. 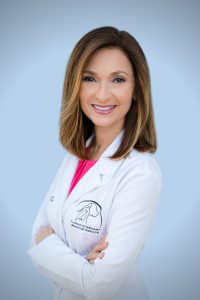 Dr. Radosta is the owner of Florida Veterinary Behavior Service, a specialty practice in southeast Florida, and co-owns Dog Nerds, an online educational resource for guardians whose pets have behavior disorders.