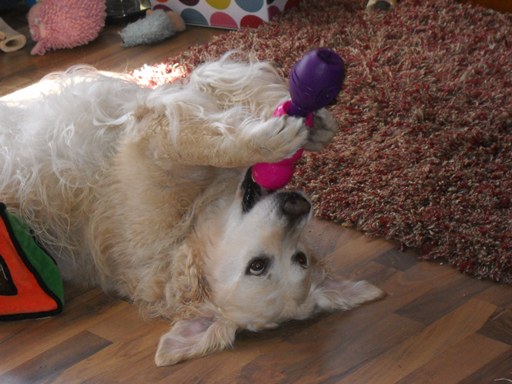 What if there were a test that could tell you whether a dog would make a good assistance dog or detection dog or search & rescue dog … or whatever career you hoped the dog would choose?

What I love about this study:

Overall, I think this study is a wonderful addition to the body of dog-focused study, and I am over-the-moon delighted to see canine cognition testing taken seriously. The study is available free. At the end of the study, there’s a link to download the supplemental materials, which consist of a description of each cognitive test performed. That means we can all take it and start learning about our own dogs. Have fun!