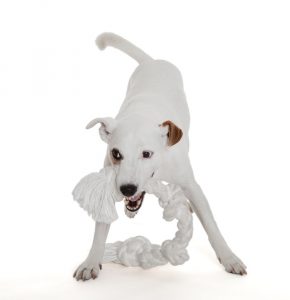 A small change in one’s business plan can reap rewards for pet professionals, clients and dogs too. © CanStock Photo

I don’t know if it’s the same in the UK and the US but, here in Australia, I hear frequent laments from force-free trainers about the difficulty of competing with hard sell trainers of some of the more, shall we say, “traditional” methods. Often these laments relate to difficulties in getting access to vet clinics for their puppy classes.

My problems were similar. Three vets in my area recommend my services but their premises are too small for class work. Another that recommends me has a secure outdoor area – well grassed and with two beautiful big shade trees. But it’s no use for pups that haven’t finished their vaccinations, nor is it any use in the rain. The inside area is only just acceptable. Thankfully, there is one suitable vet clinic that I can and do use.

Those issues were not my only concerns.

First, because of the relatively small number of pups I was getting, I had to run classes where they were of mixed sizes. This sometimes worked out okay but too often some pup couldn’t play because he was too big or too small. Even on lead work posed some problems because of this.

Also, I had niggling doubts about how far I was really getting the force-free message through to dog guardians. They nodded sagely at the things I was saying but I still heard frustrated tones and saw frowns on the faces of people whose pups were not responding as quickly as the pup beside them. I was still hearing people say, ‘but I have to be the pack leader!’

The mix of tentative, shy people with assertive ones was another problem; how could I be certain that they were all confident enough to ask for clarification and further assistance? Did they all understand the theory (at least the basic theory) behind the practical work I was doing with them?

Because I would have to increase my prices considerably for the new courses I was thinking of developing, I suspected that I would get less business. However, I knew I would be providing a far better service. Outcomes would be better for both dogs and guardians.

The new Baby Puppy course was launched. I posted on Facebook, promoted the post, then found that my previous concerns were nothing compared with the new one. How was I going to be able to keep up with such a deluge of clients?

The private consultations cover most of the learning theory, canine communication and training techniques that I had previously covered in a pup-free lesson. These last about one hour each.

The play groups are mainly that: play. During play sessions I comment on the pups’ communication signs (often to the great relief of guardians who had previously thought that mouthing was a sign of aggression that has to be punished). In the inter-play breaks, I ask for brief demonstrations of ‘focus’, ‘sit’, ‘down’ (drop)’ & ‘leave’/ ’take. Guardians also do some basic T-Touch® to reduce arousal levels. These sessions last about 15 minutes.

Feedback from clients has been great.

There are some negatives.

I started Tails Up as a retirement hobby and it is now turning into a full time business. Not exactly my retirement plan! I need to employ another trainer part time but as there are no other force free trainers in my area, I’m on the lookout for someone good coming through my courses.

As well as this, one of the vets I was working with can’t get his head around the fact that was I am now doing is the old “Puppy Pre-school” simply in a different format. He found someone to run the only sort of “Puppy Pre-school” he knows about. This wasn’t a concern from the point of view of lost business but the new person has little experience and is a fan of a certain TV trainer. However, I still have access to the beautiful leafy outdoor area at this clinic and sometimes meet up with her and try to chat about training methods.

I don’t believe in change for its own sake but it’s amazing what a difference a little tweak to a program that is limping a bit can make.