“There is a cycle of love and death that shapes the lives of those who choose to travel in the company of animals. It is a cycle unlike any other. To those who have never lived through its turnings and walked its rocky path, our willingness to give our hearts with full knowledge that they will be broken seems incomprehensible. Only we know how small a price we pay for what we receive; our grief, no matter how powerful it may be, is an insufficient measure of the joy we have been given.” -Suzanne Clothier

Listening to the pitiful sobs lasting two-hours of a canine mourning the loss of his friend and life companion were heart wrenching adding fuel to my already intensely grieving heart. I’ve heard this before from boarders and in shelters. My 11-year-old Kody Bear has never made these sounds before, and has not made them since. Watching as my two Belgian Tervurens struggled with mealtimes that were once highly enjoyable but had turned into periods of on and off eating and not eating for two days at a time has made the feeding ritual we share hard and less than fun.  How do you console another species, tell them it will be okay, or just help them understand?

Preparing to write this month’s PPG blog, there were many topics, but grieving kept popping up at the forefront due to the loss of my heart and soul dog, Chancellor on January 24, 2015, just shy of his 11th birthday.

The question became not just that I was grieving, that was a given and I’m still grieving, but what was happening with the other two dogs, also Belgian Tervurens, in the household? Were they grieving and how do I know? What had other people confided to me in how their dogs had expressed grief for a beloved family canine? And do other species grieve for each other? What does science say about animals and grieving? The answers leave no doubt that a process occurs, although in many ways it may be different from what humans go through, it is also very similar.

What is happening with 11-year-old Kody Bear (how do you just end a relationship shared since 8-months-old?) and 3-year-old Valor (literally raised by Chancellor since 8-weeks-old)? 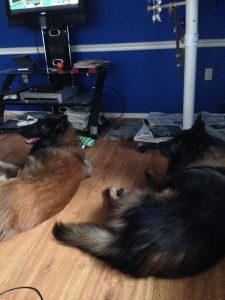 As I write this blog we are into day 24 post-Chancellor’s passing. The last two days my three-year-old Valor will not eat, he just stares at food that he loved before . He has gone on this binge now four times since his teacher, mentor, friend, surrogate mother has left our world for the next. Kody wouldn’t eat for three days approximately three days after Chancellor’s passing. 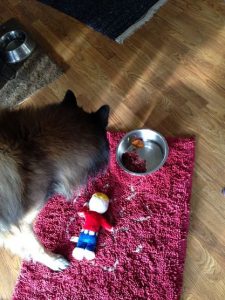 Animals suffering loss have been known not to eat properly such as a dolphin in the waters off Greece’s Amvrakikos Gulf, in obvious distress over losing her newborn calf.  (Scientific American, Anthropologist, Barbara J. King, The College of William and Mary).  We’ve all heard similar stories of chimpanzees, elephants, dogs, ducks and more grieving over loss. We’ve heard this described to us an anthropomorphizing. Are we attributing human emotion to animals and seeing emotions that may not be real.  Or is the reality that when animals mourn it may not look much different than what humans experience?

In our household the dynamic between the dogs is changing. They are playing more, they are closer and nudging each other more. It seems they need more contact with each other, as well as with me and my husband.  It seemed Kody didn’t know what to do with himself at first and sought out the places Chancellor used to lie down, places only Chancellor used were now being used by Kody in possibly a way to be closer to Chancellor’s scent, to remember or to wait. Valor would race to doors and windows hoping his friend was returning and both dogs simply refused to eat with feeding times becoming a chore rather than the immense joy it used to be. 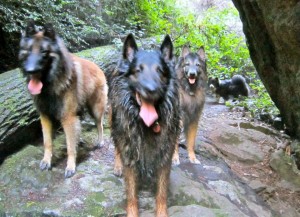 The dogs would sit and just stare at nothing, or lie down and be very quiet. Valor sought out places to be by himself, could we call this feeling depressed?

When we look at how geese and wolves mate for life, how orcas form life long family pods and relationships, and elephants form strong bonds to each other, it becomes reality that mourning can and does occur in animals.  Each may mourn in their own way, one more intensely than the other and they may find comfort in each other, but the changes caused by a passing are real.

Were my own dogs grieving then? How do I know?

Many friends have said their canines, and cats experienced the same grieving process my dogs are going through, making the validity of it shared and real.  The tides of change are felt.

In the Journal of Animal Behavior, scrub jays are written about as having mourning behavior that may have evolved from needing to warn other birds of danger. When a jay mourned a dead companion they would gather around it and stop foraging for food for days.

Elephants gather and touch their dead as is indicated in this video. Elephants are a matriarchal society filled with aunties and family members who have close bonds. A death in the family could have an impact on social bonding and structure within the group, “just as it does in human families,” according to Kristina Chew, in 4 Animals Who Mourn Their Dead, 2013.

Chimpanzees have been known to carry the corpses of their dead infants for up to 68 days and in Kenya in 2010, a female giraffe spent four days beside the body of her one-month-old calf while seventeen other female giraffes surrounded the body. In 2011, a female giraffe in Zambia was seen spending two hours beside a stillborn calf. These types of stories and more abound through scientific writings.

Surviving pets may cling to their pet guardians, they may be more reactive to stimuli, appear anxious or depressed, display a loss of interest in playing, sleeping or eating.  All this is confirmed as to what I am witnessing and others have witnessed. This all in addition to social structure changes or the dynamics in the household altering.

What does science have to say about grieving in animals?

Marc Bekoff argues that “cognitive ethology is the unifying science for understanding the subjective, emotional, empathic, and moral lives of animals, because it is essential to know what animals do, think, and feel as they go about their daily routines in the company of their friends and when they are alone.” In his abstract on Animal Passions and Beastly Virtues he talks about grief saying that  “it’s time to ask whether dogs or chimpanzees experience emotions such as joy, grief, anger,” and proceeds to take a look at grieving and loss in animals.

Bekoff states in a 2000 BioScience article that “current interdisciplinary research provides compelling evidence that many animals experience such emotions as joy, fear, love, despair and grief and that we are not alone”.

Some science simply states there is no such thing as dog joy, dog grief, chimpanzee joy, or elephant grief. The expression of emotions in animals raises a number of stimulating and challenging questions to which relatively little systematic empirical research has been devoted, especially among free-ranging animals, points out Bekoff.

It’s a matter of hard science meeting soft science. The relationship between humans and other animals is a fiercely debated topic among scientists, indicating it may not be as clear cut as yes, animals grieve. The book A Communion of Subjects: Animals in Religion, Science, and Ethics edited by Paul Waldau, Kimberley Patton talks about ethical implications, and conceptual understanding of the dualistic opposition between humans and animals as well as the issues versus embodied responses to suffering, and the positive nature of grief.

Mourning sets up connections. The most obvious one is toward the precarious life we are grieving. Mourning is never just about grief, but it is also about celebrations, memories, and stories. … Stanford: Stanford University Press. Web of Science®. Agamben, Giorgio. 1999. Do animals have those “connections” is the question.

The bottom line whether you embrace that animals grieve or not, is I know my Chancellor will always be with us. He left a legacy, a footprint, a purpose and he affected the lives of those tervs left to carry on, who are showing signs of grief.  All we can do is thank them for being a part of our lives, enriching it in ways we never expected and staying alive in our memories.  Yes, animals grieve, the patterns are the same.

The Final Chapter, The End of the Journey 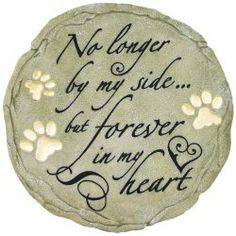 Journal of Religion and Science

Animal Passions and Beastly Virtues: Cognitive Ethology as the Unifying Science for Understanding the Subjective, Emotional, Empathic, and Moral Lives of Animals by Marc Bekoff 23 Feb 2006

A Communion of Subjects: Animals in Religion, Science, and Ethics edited by Paul Waldau, Kimberley Patton