Dog Bites: Who Is Getting Bitten and Why? 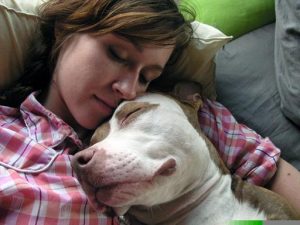 A lack of appropriate care, supervision and mistreatment of the dog were key components in many dog bite occurrences. According to the NCRC, Patronek et al. identified “a striking co-occurrence of multiple, controllable factors: no able-bodied person being present to intervene (87.1 per cent); the victim having no familiar relationship with the dog(s) (85.2 per cent); the dog(s) owner failing to neuter/spay the dog(s) (84.4 per cent); a victim’s compromised ability, whether based on age or physical condition, to manage their interactions with the dog(s) (77.4 per cent); the owner keeping dog(s) as resident dog(s), rather than as family pet(s) (76.2 per cent); the owner’s prior mismanagement of the dog(s) (37.5 per cent); and the owner’s abuse or neglect of dog(s) (21.1 per cent). Four or more of these factors were present in 80.5 per cent of cases; breed was not one of those factors.” (NCRC, 2013).

Taking all the above into account, PPG believes that increasing public safety and continuing to reduce the number of bites is of the utmost importance and that, while canine behavior is complex, many dog bite incidents could be prevented if pet guardians, trainers and legislators were better informed about canine communication and how to act safely around dogs. Canine signs of stress and anxiety can sometimes be subtle, but a greater knowledge of how dogs communicate and how our interactions with them can lead to a greater risk of bites is key to tackling bite prevention.

The importance of this education goes hand-in-hand with positive management strategies; early socialization, as outlined in PPG’s Puppy Socialization Check List, to prepare pets for successful future encounters with people, dogs, new environments and other animals; ensuring that dogs are paired with the appropriate owner(s) and home environment; and force-free, science based training.

In addition, PPG holds that professional force-free trainers have an important role to play in dog bite prevention. The use of non-confrontational, science based, positive operant and respondent training techniques; programs of desensitization and counterconditioning; appropriate socialization; management strategies, and the education of pet dog guardians regarding such topics as canine communication and appropriate force-free pet care and training protocols, are paramount in helping tackle the subject of dog bite prevention and promoting safer communities.

In Section Two of PPG’s Guiding Principles it is stated that: “We always hold the pet’s welfare as our top priority.” (PPG, 2016.). It is PPG’s position that breed specific laws adversely affect a pet’s welfare and are, without doubt, often detrimental to a pet’s psychological and physical well-being. PPG holds that the subject of dog bite prevention and safety should be tackled through breed neutral laws, education, stricter enforcement of animal cruelty legislation and a greater accountability of all pet owners, trainers and legislators for the animal’s welfare.

Countless animal welfare organizations and professional bodies worldwide have issued position statements that comprehensively refute the efficacy of BSL as a means of reducing dog bites and increasing public safety, including the American Veterinary Medical Association, American Veterinary Society of Animal Behavior, British Veterinary Association, Best Friends Animal Society, Centers for Disease Control and Prevention, Humane Society of the United States, Royal Society for the Prevention of Cruelty to Animals Australia and Royal Society for the Prevention of Cruelty to Animals UK. All support an end to breed specific laws in favor of breed neutral legislation (laws aimed at ensuring all owners are responsible for the care and control of their dogs, regardless of breed) as do countless renowned specialists in canine behavior, training and communication.