Dogs Are Exceptional, Despite Attempts to Argue Otherwise 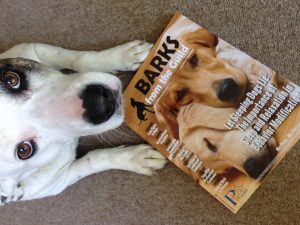 How intelligent is your dog? © Susan Nilson

Headlines like this really bother me: Dog intelligence ‘not exceptional.’

Compared with what? How are you defining ‘intelligence’? Seeking answers to these questions, I downloaded and read the full study, which is available for free. It’s 20 pages, plus 8 pages of references. It’s primarily a review of existing literature on the cognitive abilities of a wide variety of nonhuman animals.

So, compared with what? The researchers decided that they needed to compare canine cognitive abilities with those of species related phylogenetically, or by evolution; ecologically, or related in terms of niche in the ecosystem; and anthropogenically, or in terms of relationship with humans.

See why this paper is 20 pages?

Anyhow, the authors looked at all sorts of studies of animals in these groups and their cognitive abilities. Then they went through considerable mental and verbal gymnastics to explain why reading studies that had nothing to do with dogs proved dogs’ ordinariness.

Why? And why should we accept that the tasks and questions these other researchers investigated are valid definitions of intelligence? Or relevant to dogs?

For example, much of what is considered an ecological basis for evaluating cognition has to do with hunting and mate-seeking behaviors, which are really not terribly relevant to most domestic dogs. Even so, dogs held their own on the ecological level.

Where things really got interesting was the anthropogenic comparison. I think that comparing the cognitive abilities of dogs with those of other domesticated species is a bit of a stretch, since the relationship with humans is so different and their roles are very different.

For example, after an explanation of social learning by imitation, the authors offer a definition of “overimitation” which means mimicking both actions that are and are not necessary to achieve a goal. According to the studies they read, dogs do this less than human infants. So … rather than giving the dog that bone, i.e., acknowledge that here is an area where dogs’ cognitive abilities might be exceptional, the researchers change the rules. No, they argue, this most likely means that the dogs are not learning by imitation; they are using the humans’ actions as cues.

Huh. By this point, I had decided that the game was rigged against dogs. Again: why? Why the desperate need to “prove” that dogs aren’t smart?

I think the researchers’ time, and our own time, is better spent working with the intelligence and skills dogs exhibit when we’re working with them than tying ourselves in knots trying to explain it away.