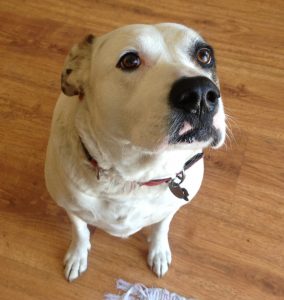 “Most studies have shown that the visual identification of a breed rarely accurately identified the proper breed when compared to genetic testing.” – Dr. Lynn Honeckman © Susan Nilson

Countless animal welfare organizations and professional bodies worldwide have issued position statements that comprehensively refute the efficacy of BSL as a means of reducing dog bites and increasing public safety.

“Without exception, I stand firmly against BSL. The research has shown time and time again that BSL does not reduce dog bites in the areas where it is enacted, and has caused many innocent dogs to be taken from their families simply because of the way they look. Reducing dog bites starts instead by teaching the public to better understand their dog’s body and vocal language, promoting responsible guardianship and educating children, in particular, how to be safe around dogs.”

Jean Donaldson, founder and principal instructor of The Academy for Dog Trainers

“PPG’s position is to follow the evidence, which to date strongly suggests that BSL does not achieve the objective of decreasing dog bites or serious dog attacks. Instead, dog guardians should be held responsible for their pets’ conduct, regardless of breed, and dogs who have not offended should not be targeted.”

“There is a growing awareness that BSL does not improve community safety and penalizes responsible dog owners and their family companions… If communities wish to implement effective dog bite prevention programs, recommendations continue to shift in favor of multifactorial approaches focusing on improved ownership and husbandry practices, better understanding of dog behavior, education of parents and children regarding safety around dogs, and consistent enforcement of dangerous dog/reckless owner ordinances in communities. Effective laws hold all dog owners responsible for the humane care, custody, and control of all dogs regardless of breed or type.”

“Any dog is capable of biting, regardless of breed, sex, or size… BSL has not been shown to effectively decrease the incidence of dog bites. Dog Bite Prevention should instead focus on an individual dog’s behavior, as well as educating people on the best ways to avoid bites from occurring. With BSL, the veterinary community is put into a challenging position of being asked to identify dog breeds based on appearance, and to report dogs who seem to fit a specified description. Most studies have shown that the visual identification of a breed rarely accurately identified the proper breed when compared to genetic testing.”

“Breed Specific Legislation causes untold suffering to countless dogs and their families around the world – dogs whose only ‘crime’ is that they are of a certain breed or type.  These dogs are both judged and condemned – often to incarceration and ultimately death – because of their appearance; with no regard being taken of their positive behavioral history, character traits, socialization, training or home environment.  Statistics clearly show that BSL does nothing to promote greater safety in the community. This costly, ineffective and discriminative legislation should be replaced with humane, effective legislation making all owners responsible for the appropriate care of their pets and accountable for their actions, whatever the breed.”

“PPG’s role is to educate and engage more pet professionals and pet owners, promoting the science based, result based force-free message, philosophy and training practices. As founder and president of PPG, I believe that this same goal should be applied to all pets. Research shows us that all animals learn in the same way and that each animal is an individual regardless of its breed. Many of our professional members interact, either personally or professionally, with many, if not all, of the breeds affected by breed specific legislation and will bear witness to the fact that animal learning is not breed specific. Just as important, it is critical to the welfare of our pets and their owners that animals are trained using force-free, positive reinforcement philosophies to prevent and mitigate aggressive behaviors due to fall out from the application of using punishment and fear to modify and change.”