Getting to Know You: The Human-Canine Bond

Everybody with a dog knows that Fido needs to learn the household rules, but it’s easy to put the cart before the horse. Before a dog learns to sit, much less goes on to agility trials, obedience competitions, flyball or musical freestyle events, he needs a rock solid foundation —  a quality bond between the dog and the owner. It’s something that’s often talked about but sometimes misunderstood. If you’ve got it, it’s obvious. If not, it’s never too late to fix it. 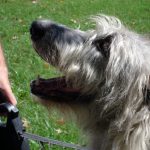 Dogs need to experience a quality bond with their owner

The human-canine bond isn’t something rose-colored and mystical. It’s been studied and quantified by psychologists and anthropologists since the 1930s, and the expression entered mainstream consciousness in the 1980s with the emergence of therapy and service dogs. The American Veterinary Medical Association recognizes that a strong bond is essential to the health and well-being of both the pet and the owner.

So, what is this “bond,” then? Simply the cumulative effect of every interaction you have with your dog. It’s your relationship, the level of attachment. It’s not slavish obedience or whether she’ll run to get help if, like little Timmy, you fall down a well. It’s whether she trusts you. It begins with you and how you see your dog. Is your dog a member of the family, or, when you see his furry face, are you looking at a shaggy serf who’d better be standing close by to do your bidding? When most people set out to get a dog, they want companionship, and companions usually have two-way relationships. 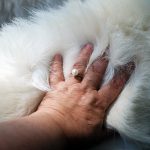 A bonded dog is a more confident dog

The Messerli Research Institute in Vienna, Austria, recently studied the human-canine bond and concluded that when it’s healthy, it most resembles the relationship between a child and a parent. The study called it the “secure base effect.” From the safety of a caregiver’s protection, a bonded dog feels confident to explore her world. She’s more motivated to experiment, learn and solve problems. When confronting the unfamiliar, she looks to her caregiver for advice. It’s not a question of who’s in charge. Obviously, you are. You control access to the outside, you operate the can opener, you have the keys to the car for rides and walks. It’s a matter of nurturing a member of another species in an often confusing human world, not so that they become a little shaggy person, but so that they become a self-assured dog who trusts your guidance.

Bonding is a powerful thing. An Emory University study found that when a dog smelled the scent of his human, his brain lit up in scans the same way a human’s does smelling the cologne of a loved one. When your bond is strong, a dog’s level of oxytocin, the “feel-good” hormone linked to a sense of attachment and bonding, rises when he simply looks at you. It climbs higher when you look each other in the eyes. When a dog is bonded with his owner, he frequently looks at the owner during play, he checks in. Because, simply put, his human is the acknowledged center of his world.

You may see how this affects a dog’s training.

Bonds are built on mutual respect and attentiveness. You might assume that since your dog can’t work a crossword puzzle, he’s a little dim. But then, you can’t chase down a rabbit, either. Your dog doesn’t hold it against you. You’re members of two different species, each with marvelous abilities. So the bond begins with your appreciating your dogs abilities and learning his shortcomings, over time understanding her likes and dislikes, and becoming attentive to your dog as a unique individual. What’s his play style?  Does she like to meet strangers? How does he feel about fireworks? Is she easily frustrated with new lessons? When your dogs sees that you know him, that you’re listening, that you’re patient and allow him to make mistakes, when he knows you’re watching out for him, he has a human he can trust.

This carries over into training, which is in itself a dialogue between you and your furry companion. You communicate a specific behavior you want from Fido. If you’re bonded, he’s tuned into you, not stray scents, dogs barking down the street, or other distractions. He trusts you so he’s willing to experiment. He does the behavior, he’s rewarded and praised. You’re in harmony. How you train your dog builds on the bond. Or, it can suddenly tear it down. Imagine you began an obedience class and you put an electronic or prong collar on Fido, who’s come to see you as a parental figure. If he doesn’t understand the command the first time or is too slow in responding, he gets shocked or jerked with metal prongs in his throat. Do this to a child and you’d be charged with abuse. But some pet owners and trainers do it to dogs on a daily basis. Imagine the sense of confusion and betrayal the dog feels. His caregiver is now his tormenter. Trust and security go out the window. 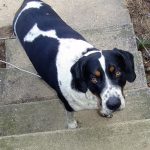 Training is like a dialogue between dog and owner

Modern, science-based training is force-free. Dogs are rewarded with treats or other incentives for the correct response. The bond is preserved. And, it’s strengthened when you praise your dog often, encourage him and tune into his mental state and stress level and adjust your sessions accordingly. Because being in charge of your dog isn’t about being the top dog. Its about wise nurturing. It’s the kind of leadership your dog naturally expects.