How Did The Aversive Get There? A Call for Honesty

People who practice these protocols intentionally expose their dogs to their triggers at an aversive level at times, as opposed to people who practice pure DS/CC, which is ideally practiced at a distance or intensity such that the trigger is not aversive to the animal.

The argument that bothers me is this:

It’s OK to expose the animal to a trigger at a potentially aversive level as long as we are not the ones who put the aversive there for them to be exposed to. We’re not adding an aversive; it’s already there.

I wrote a post a while back addressing this idea in part. I pointed out that for negative reinforcement protocols, the ethical and definitional difference is not about how the aversive got there. It’s whether the trainer chooses to put a contingency on the animal getting away from it. Do they ask for or wait for a certain behavior before retreating? Because that is a choice. If the dog gets close enough to the trigger that she starts showing stress, there is always the option of getting her humanely out of there, with no requirements on her behavior from the handler.

Where the aversive came from is ethically irrelevant, since the trainer makes a choice whether or not to use it, however it got there. Most would agree that such a use is an ethical choice, to be carefully considered.

So the fact that people are still mentioning this irrelevancy about “who put it there” seems like a lot of hand waving to shoo away the real issue: choosing to use an aversive.

How It Really Got There 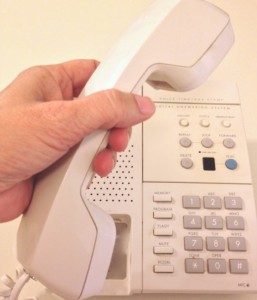 My hand, my voice, my phone.

I have a formerly feral dog with whom I have been working for a few years, gradually getting her socialized to people, and making lovely progress with DS/CC.

Even though my goal is to keep the triggers (people, in her case) under the threshold of aversiveness, I realize that I am dealing with potentially aversive situations when we go out into the world. And I arrange for and seek out those situations for her sessions. For instance, I make phone calls at times to arrange for a controlled session with a person unknown or partially known to her.

If I do this and blow it and let her get too close or stay too long, I have exposed her to an aversive. How’d it get there? Me! Entirely through my choices! I arranged it. I deliberately sought it out with her. I made the phone call, drove my dog to the meeting place, and exposed her to the trigger. I added it to her environment, or added her to an environment where I knew it to be.*

People following any protocol generally arrange for triggers to be present in this way, including people, dogs, specific things like people on bikes or scooters, or other animals. So if someone is doing any type of exposure treatment, how can they claim that they are not responsible for the aversive being there? Did the Tooth Fairy bring it? Can their dog pick up the phone and drive the car?

It is not logical to claim to have nothing to do with the aversive being in the environment if you planned it, arranged for it, or sought it out in the first place. And that includes stealth sessions. If you are out there looking for triggers to use without their knowledge, you are still the one choosing to expose your dog to them. Finding = adding.

You can probably detect that I find this irritating, but I seek to look at it in an empathetic way.

I have been reading some posts by Behavior Adjustment Training (BAT) practitioners in particular who express that they feel attacked and beleaguered by questions about negative reinforcement and humane training attached to their protocol. I get that they feel pushed into a corner.

I can empathize with that. Here is something you believe in, and people are asking difficult, pointed questions about it. Sure, anybody would be defensive. As a blogger, I have to deal with all levels of criticism. Even the most reasonable of criticism hurts.

There are people who react to these questions with dignity, though. They say yes, they are using negative reinforcement at times if they use certain protocols. They have thought it out, see good results, usually use other protocols as well, and are ultra careful about side effects. They don’t play like the presence of the aversive has nothing to do with them. Although I may not agree about all methods these folks use, I can appreciate their transparency and honesty about the science.

But it really worries me that there are still people who claim not to be responsible for getting the aversive into the environment. If they are trying to elude responsibility for that, even though it’s completely a side issue, what else are they willing to overlook, justify, or push out of their minds?

Thank you to all the people who do their best not to adjust the science (or even basic logical thinking) to justify their own preferences.

This post is an urge to be honest about one aspect of the use of aversives.  I believe that all trainers, regardless of method, should be honest about their training choices and philosophy. You do it: own it. That’s the message in a nutshell. And I directed it to an argument that I believe does the opposite of “owning it.”

However, one of the common responses I have gotten over the past week  is comparisons of the ranges and setups of DS/CC protocols and those using negative reinforcement, often in an apparent attempt to minimize the differences.

I have previously provided a webinar and a movie on the differences and similarities of the major protocols for addressing fear in animals, with particular emphasis on their ranges and setups.

To review a few relevant points: Debating who starts further from the stimulus is a moot point.  No matter how far away you start, you are required to go into the aversive range for a negative reinforcement protocol to work.  In desensitization and counterconditioning you have no need to cross into the range of stimulus aversiveness in order to get effective results. In R-, aversive exposure is necessary. The protocol depends on it. In DS/CC, aversive exposure is by accident and hopefully rare. That is an important distinction between DS/CC and negative reinforcement-based protocols.

The other important distinction is that you can get a positive conditioned emotional response from DS/CC. With DS/CC and negative reinforcement there are two very different types of learning going on.