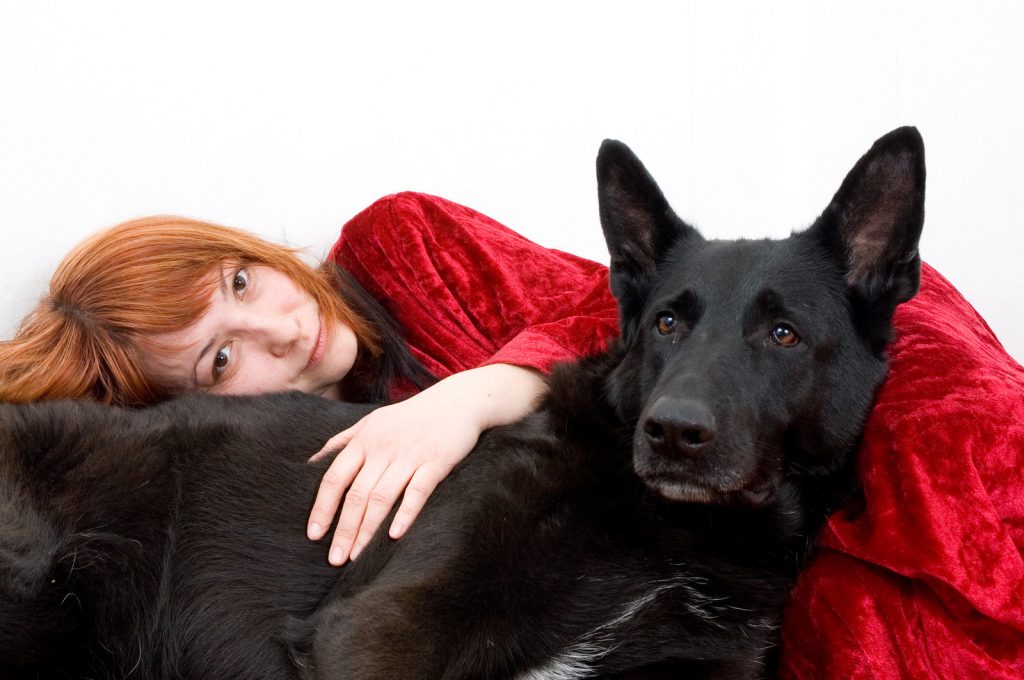 People vary in their perceptions of animals, something that is manifested in the way they treat their pets. Photo © Can Stock Photo

I’m sure others might feel the same way as I have recently so I have decided to share this as I have found a positive way forward if one is feeling somewhat burned out… The last few months I’ve been feeling slightly overwhelmed with what I face when visiting pet dog and horse owners who call for my assistance. Like many of my colleagues who read this, I’ve got a very strong view on how other animals should be perceived and therefore treated – sometimes what we see out there in the ‘real world’ is frustrating to put it mildly. I recall reading Kathy Sdao’s memories of visiting such a client in her seminal work Plenty in Life is Free, she describes leaving the clients house in tears and spending several weeks fantasising how to steal the dog to bring her to a better life! I’ve been to that ‘place’ a lot as I’m sure many of us have.

I’d actually reached a point where I decided to walk away from it all but a chance conversation with a friend recently has stopped me.

I’ll call my friend Karen and her cousin Sara. Karen and Sara both have toddler aged daughters and both have small pet dogs, Karen a cavachon and Sara a border terrier.   When Sara was visiting Karen recently her daughter was tormenting Karen’s cavachon, pulling at her skin and kneading at her in what we could all perceive to be rather unpleasant for the dog. Karen asked Sara respectfully to stop her daughter from bothering the dog and, since Sara didn’t do anything, eventually Karen, correctly and responsibly, removed the dog from the room and put her elsewhere in the house. She was worried the dog would eventually bite the child being tormented in such a way and was naturally concerned for her dog’s welfare.

Here’s the real rub. She was telling me the story this afternoon because she felt ‘wrong’.   Her cousin and other people in her life tell her she’s ‘too soft’ and all her animals walk all over her. She was telling me, clearly very sad and demoralised, all the while handling her lovely Shetland pony with the sort of empathy and concern that would have us trainers absolutely delighted. She is certainly not ‘soft’, she is a respectful and deeply caring lady who treats all her animals with the kind of respect and dignity that might put us all out of work if it extended to the population at large.

If this story had ended differently and the cavachon had bitten the child, potentially one of us from the PPG would be called out to a ‘behaviour problem’, a problem perceived to be with the dog.  Yet this is not a training or a behaviour problem, nor is it a problem with the humans not knowing how to ‘train’ their pet. The core of this issue is summed up in one word: ATTITUDE.

This conversation led me back to why I originally left my involvement with teaching horse riding to embark on a course in anthrozoology.

After many years as a part time riding/horsemanship instructor I’d become disillusioned for, in reality, the same reasons – some people’s attitudes. In that instance, I’d stopped asking my horse to move sideways as she was clearly finding it very difficult (she had a known musculoskeletal problem).  My instructor barked at me that the mare might be finding it difficult but that she had to do as she was told (this from an instructor of a well known ‘natural horsemanship’ school). I was dumbfounded and abandoned all ‘training’ at that point to pursue my MA in anthrozoology. I really wanted to know what makes the humans at the ‘other end of the leash’ (or reins) tick.  How could I have such a different perception of animals to others?  I just couldn’t figure out how some people could be so distant; cold; disrespectful and lacking in mindfulness.

My anthrozoology training expanded beyond psychology (ie. attachment theory/equine assisted therapy etc) delving deep into the anthropology, sociology and philosophy of those connections too.

Attitude formation is a complex and mysterious beast. A thorny issue, muddied with matters such as culture, religion, education, peer pressure, experiences, emotions, familial learning and so forth.

One of the examples I always enjoy is that of anthropomorphism. De Waal (2001) observes that, in Eastern philosophy Plato’s ‘great chain of being’ (that places as ‘above’ all other animals) is absent, the over-riding doctrine tending towards the view we are all spiritually connected.  This sense of connection and humility changes the perspective by which we view other animals. De Waal further reports:

“According to Imanishi’s most respected student, the late Jun’ichiro Itani, “Japanese culture does not emphasise the difference between people and animals and so is relatively free from the spell of anti-anthropomorphism”.

What this demonstrates for me (and I hope you will ponder this too) is that many of the beliefs, perceptions and attitudes we come across out there in our day to day working lives are, at their core, linked to our philosophy of life. Inextricably linked to our educational systems, philosophy, religious beliefs and the dogma of science and other cultural institutions within our day to day world.

Over the last few years I’ve documented my experiences as a student and then as a professional. Sometimes the trainers I’ve come across are amazing at ‘training’ but rather lacking in empathy of either their canine or human students.  Others who are so empathic they are close to a nervous breakdown trying to ‘rescue’ everyone.

I’ve realised that I don’t think my role lies in setting the world alight as a trainer. What I desire is to look at ways of advocating; helping inspire a shift in attitude within pet owners such as Sara, whose perspective is clearly out of synchronisation with our own, to help my colleagues in their work as behaviourists and trainers. I would be very interested to know if any members would be interested in a webinar sharing stories and notions from the world of anthrozoology and how it might impact on our world of training and behaviour.