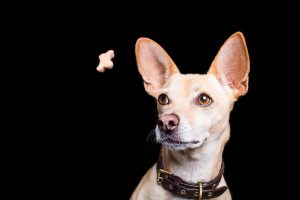 In operant conditioning, behavioral responses that are positively reinforced increase in frequency, intensity or duration. The cue is given, the response occurs, reinforcement follows and the loop is repeated. One would perhaps expect dopamine levels to rise upon receipt of the reinforcer. But do they? Some studies have shown that increases in dopamine are not, in fact, directly related to the reinforcer. Rather, it is the anticipation of the reinforcer that causes dopamine levels to spike. Although dopamine signals may well be activated during the consumption of a tasty meal, they are often activated to the same or even higher extent, before the food has even been tasted. In their paper, “What is the Role of Dopamine in Reward: Hedonic Impact, Reward Learning, or Incentive Salience?,” Berridge and Robinson (1998) cite a number of studies that point towards the activation of dopamine not being directly related to pleasure and happiness, but about the pursuit of pleasure, and the anticipation of the reward. Read more