#iSpeakDog Campaign to Bridge Communication Gap between People and Their Dogs 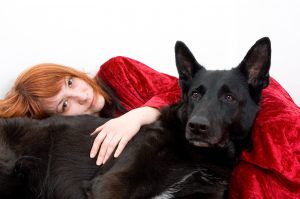 New campaign aims to improve understanding between dog owners and their pets. Photo © Can Stock Photo

To help improve the relationship people have with their dogs, The Academy for Dog Trainers, the Humane Rescue Alliance, The Bark Magazine, and The Pet Professional Guild have teamed up to launch iSpeakDog, a global campaign and website designed to help people better understand dog body language and behavior.

The iSpeakDog Campaign, which will launch as a week-long campaign March 27 – April 1, 2017 but is already posting on Facebook, comes at a time when canine behavior is being studied more than ever — revealing that people often misinterpret what their dogs are doing and saying. Sadly, millions of dogs are relinquished to shelters each year because of ‘behavior problems,’ which are often simply dogs being dogs. “With a better understanding of why dogs do things like chew, dig, bark and jump — and how guardians can use that knowledge to enrich their dogs’ lives without harming their homes or their own safety — our hope is that more dogs will be able to find homes and stay there,” says Alexandra Dilley, director of behavior and training for the Humane Rescue Alliance in Washington, D.C.

To test if there really is a knowledge gap, Alexandra Horowitz, renowned ethologist and bestselling author of Inside a Dog, conducted a study in 2009, on whether the “guilty look” that many people claim to see in their dogs after they pee on the rug or tear up the couch is, in fact, a look of guilt. Her research found that it was not. Instead, the look represented dogs who were afraid of being punished.

Along those same lines, “There are tons of videos online and on TV of dogs ‘being funny,’ but more often than not, the dogs in the videos are actually scared. It’s heartbreaking,” says iSpeakDog founder Tracy Krulik, who is currently a student in The Academy for Dog Trainers. “My hope for iSpeakDog is that we can help people recognize fear, as well as joy, in their dogs so that we can give them better care.”

The website will help teach people how to figure out for themselves what their dogs are doing and why. The site will break down the common behaviors shown by dogs that tend to frustrate their guardians (i.e. jumping up on people, chewing shoes and pulling on leash) and explain the different emotional states that can drive such behavior (i.e. growling and snapping is often a sign that the dog is scared).

The iSpeakDog campaign will include in-person and online dog behavior and body language educational opportunities across the globe, as well as social media events including Ask the Expert on Facebook and Twitter.

The iSpeakDog website will provide virtual event kits and other resources for professionals to host their own dog behavior and body language educational events during the campaign week and beyond. Those looking to participate in the campaign on social media or to learn more should use the #iSpeakDog hashtag and follow iSpeakDog on Facebook and Twitter.