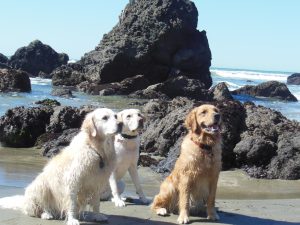 Dogs add happiness to our lives

A wonderful Australian study published July 6 looks at the expectations of potential dog adopters and considers them in light of the potential adopters’ previous dog ownership experience (or lack thereof). It’s a nice look at what people are thinking as they contemplate adopting a dog and whether their expectations are realistic.

About 3,500 people completed the full survey. Of these, 85 percent were female, and 52 percent were aged 18 to 44. Some of the findings are not surprising:

What I found a bit surprising was that more of the people who’d never had a dog expected challenges than those who had owned dogs previously (or were adding dogs to a family that already included one or more dogs). And current owners had less expectation that adopting a dog would interfere with their sleep … maybe because the current dog already takes care of that.

All in all, the survey shows great optimism and positive expectations among people planning to adopt a dog.

The authors write that the expectations of improved health — lower stress, increased physical activity — are supported by research but question whether expected benefits like increased happiness or reduced loneliness are realistic. They cite reports showing that dog owners are no happier than non-pet owners. But I wonder: Do these studies compare people’s happiness before and after they get a pet or simply look at different people who do and do not own pets?

I think that this is an important distinction. Pet-loving people are happier when they have pets; people who aren’t dog people are likely to be pretty happy without dogs. Comparing the relative happiness of people who both like and own dogs with people who both dislike and don’t own dogs wouldn’t be likely to find differences. But comparing the happiness of people who like and enjoy the company of dogs who do, vs. do not, have dogs would likely show significant differences in their happiness.

The discussion of the results includes a lot of suppositions and what-ifs. It points to many directions for future studies. But their conclusion is solid and valuable: Using research and scientific evidence, shelter personnel (and vets, and trainers, and …) could / should “educate future dog owners on the realities of dog ownership.”

As with much research into dog-human relationships, there’s not a lot in the study that’s world-changing, but there is inherent value in studying and striving to improve relationships between owners and dogs.