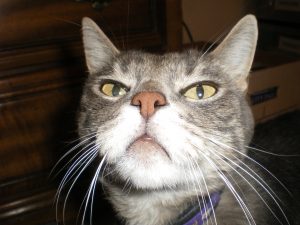 The Return to Owner rate for stray cats that end up in animal shelters is 2 percent; new Missing Cat Study that will examine the distances that lost cats travel and the most effective recovery methods

Lost cats that are not found by their families are a major contributing factor to the feral cat, homeless cat, and shelter cat populations. This is evident when you realize that the national “Return to Owner” (RTO) rate for stray cats that end up in animal shelters is 2 percent.  That’s only 2 percent! Through education and research, Missing Pet Partnership (MPP), a Seattle-based national nonprofit organization, is working to change those statistics.

“The majority of indoor-only cats that escape outside don’t travel very far,” says Kat Albrecht, founder of Missing Pet Partnership. “Cat owners pass out flyers to neighbors and call out loud for their cat, never realizing that their cat is panicked and likely hiding in silence nearby.” Ultimately, the cat owners who fail to locate their missing cat give up hope and abandon all search efforts. However, as Albrecht points out, “Those missing cats end up somewhere—most often living as feral cats, or they end up in animal shelters where many are euthanized.”

Since 2002, MPP has been working to educate animal guardians and animal shelter workers in what they call “lost cat behaviors.” These behaviors include the fact that an indoor-only cat that escapes outside is a very different situation that requires different search tactics compared to the outdoor-access cat that suddenly vanishes from his home. Preliminary statistics acquired by Missing Pet Partnership (through a non-scientific study) show that the majority (93 percent) of indoor-only cats that escape outdoors are found within a three to five house radius of their escape point. “When an indoor-only cat escapes outside, it is displaced,” Albrecht said, “and you can often recover those cats by using a wildlife camera and a baited humane trap.” In contrast, Albrecht said that when an outdoor-access cat vanishes, it means that “something has happened to the cat—it might be sick, injured, or trapped and it could be inside your neighbor’s yard, unable to move or meow.” The best course of action to locate a missing outdoor-access cat is to obtain permission from your neighbors to get into their yards and search under and in every conceivable hiding place for your cat. As Albrecht puts it, “Your neighbor is not going to get on their belly to crawl under their deck to look for your cat, yet because cats are territorial in nature, neighbor’s yards are where many missing cats are most likely to be found.

Recently, MPP partnered with the University of Queensland (Australia) to conduct a Missing Cat Study that will examine the distances that lost cats travel and the most effective recovery methods. They are looking for cat guardians from around the world who’ve lost (and later found) a cat to fill out their online survey. Data for this study will be collected until December 2016 and filling out the survey will take approximately 15 minutes of your time. The results of the study will be used to develop lost pet behavior training programs for animal shelter workers, feline rescue groups, lost and found pages, and articles reporting the results will be published both by the University of Queensland and on MPP’s website.

Kat Albrecht is a police detective-turned-pet detective and the founder of Missing Pet Partnership, a national nonprofit organization dedicated to reuniting lost pets with their families. Since 1997, Kat has worked search dogs trained to find lost pets. She is widely known as the leading authority on lost pet behaviors and pet detective training. Kat is the author of two books: Pet Tracker: The Amazing Story of Rachel the K-9 Pet Detective and Dog Detectives: How to Train Your Dog to Find Lost Pets. You can learn more about Kat’s lost pet recovery training program at www.katalbrecht.com.