More Than Training; Examining both Parts of the Relationship 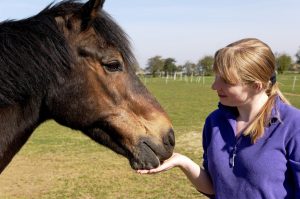 Trainers and behavior consultants note down all the information pertaining to the animal they are there to work with, but what do they know of the human in the relationship? Photo © Can Stock Photo

When we’re called out to training and behavior consultations it’s so easy to get completely focused on the animal in front of us. Swept along in the human client’s description of what is going on but, what about the perspective of the animal you’re there to consult about? What about the subtle nuances of behavior between the human and the non human? What of the behavior of the human towards the animal?   I’m not referring to abusive behavior but just normal ‘relationship’ behavior; beliefs and awareness about the animals needs; attention to those needs; understanding of training methods; the home life and so on.

Two pieces of research that have come to my attention bring these issues into sharp focus;

Waran (2005) makes two points worth drawing attention to for our purposes.

A second piece of research (Hockenhull & Creighton 2014) reports on their study looking at the use of equipment and training practices and the prevalence of owner-reported ridden behavior problems in UK leisure horses. A survey of 1326 individuals found 91% of horse owners reported ridden behavior problems in the week preceding the data collection.   Based on Waran’s (2005) research we must surely ask – is there really a problem with the horse?

This information is even more important, particularly from an ethical perspective, when other data reports the primary reason for relinquishment of horses for euthanasia is due to behavior problems (Odberg & Bouissou 1999, Jones 2003). 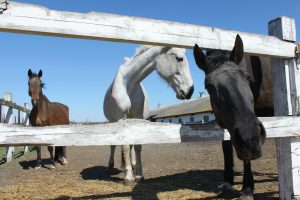 Trainers and behavior consultants are effectively the bridge between science and the concerns for the animals. Photo © Can Stock Photo

Although these research findings may be from the equestrian world (I’m aware a large number of PPG members are dog trainers) the perceptions and beliefs of the handlers and owners as a factor in the animals ‘problem’ almost certainly translates from one species to another.

It would be easy to apportion blame, however I believe, far more effective to reflect on we can help the animals by helping the people?

What role do we have to play?

Heleski & Anthony (2012) draw attention to the connection between animal science and philosophy. That, while behaviorists as scientists are trained in quantitative, object measures, science is not entirely ‘value free’ since scientists, by the very act of choosing their research topics are imparting a preference or value, onto the project.

Salient to this discussion is Heleski & Anthony’s further point that, while we may consider our practice as scientific and objective, the element of moral values and other non-scientific preferences is a bridging concept linking scientific research to the ethical concerns that research aims to address.

We, as trainers and behavior consultants, are effectively the bridge between science and the concerns for the animals.

Waran (2005) calls for a more equine-centered approach to training, in much the same way Clothier (2005) talks about relationship centered dog training.   But what do the horse (or dog/other species) owners really know?   We all take our case histories noting down all the information pertaining to the animal we are there to work with, but what do we know of the human in the relationship?

Waran goes on to explain that of the 17 cases referred (following exhaustive veterinary examination to rule out any physical explanation) “the behaviour cases described in this paper were the end result of poor handling and training techniques. What is interesting is that in all cases they were presented to a UK veterinary school as possible clinical problems and the owners had not considered that their own behaviour may be related to the onset of the problem with their horse”.

Waran (2005) explains, of the five cases presented in the paper, the horses showed a marked improvement in behavior after a mean 6.4 days of behavior therapy. All horses were returned to their owners and all but one remained in the owner’s possession for a period of six months or more.

Although it is undoubtedly good news that the behavior clinic was able to utilize behavior modification techniques to help these horses, there is sadly no mention of any training or discussion with the owners about the techniques and methods that may have caused the problems in the first place?

It is surely ethical that we, as professionals, educate the people but admitting a mistake and trying to learn something new is sometimes incredibly hard.   People can be either defensive or completely over-whelmed when faced with needing to look at adjusting their own behavior.

Suzanne Clothier’s book (2005) talks about ‘relationship’. In my own practice I talk about relationship between the human and animal client and find many people immediately then offer me information I didn’t have before. It’s almost like giving them permission to talk safely about their own short-comings, misunderstandings and confusion in a safe, blame-free style. This, hopefully, leads to that more ‘equine centred’ approach Waran (2005) alludes to.   Of course this applies to all animals not just equines!!

Jones E. (2003). Does equine rehabilitation work? A retrospective study. Report for the International League for the Protection of Horses, Snetterton, Norfolk, UK.