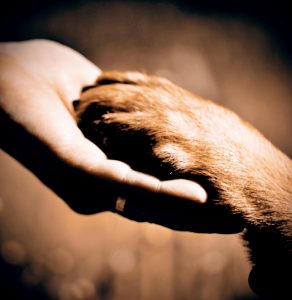 A headline a few weeks ago caught my eye: PetSmart, groomer are sued in death of dog. Obviously, this should never happen. Reading the article just made me sad, and angry.

The dog, Henry, a year-old dachshund, went to the groomer to get his nails trimmed. He emerged, bloody, with two broken ribs and a punctured lung, struggling to breathe. He died soon after.

The owners’ lawsuit seeks more than damages for their suffering and Henry’s. They want change. They want the state (it happened in California) to license groomers. Grooming is not regulated. And this was not an isolated incident.

I want change, too, but I’m not convinced that state regulation is the only or best answer. States are not doing a great job of preventing or punishing a lot of other cruel and horrific treatment of animals, including pets.

I do think that there’s a lot that pet professionals can do to help future Henrys.

The vast majority of pet parents I know struggle with nail trims. It’s a tough sell with most dogs. I did everything by the book with Cali, lots of gradual exposure, a ton of treats, and she never once got nicked. She still hates having her nails done. She’ll let me do it, but she’s not happy about it. It’s a lot harder to teach a dog to accept nail trimming than to teach her to sit on cue or even to pick up a ring of keys, both of which Cali does beautifully.

But no groomer or vet tech is ever going to restrain a dog to the point of breaking her ribs in an attempt to get her to sit or pick up keys. And if the dog won’t allow Mom to trim her nails without a fuss, Mom is going to let some groomer take the dog off, out of sight, for a nail trim.

That’s why puppy classes should all include some basic grooming and conditioning to a nail trimmer or dremel-type file. Adult classes, too. Nail trimming is scary, especially the noisy dremel. Most dogs dislike having their paws handled. Some dogs, like Cali, learn to cooperate; she does not struggle, and I only need to hold her paw firmly. She’s learned that it won’t really hurt, and the payoff is something really yummy after I do each paw.

The sooner we — trainers and parents alike — start creating positive associations, the better. If trimming nails is less of a battle, more people might just do it, rather than schlep the dog to the local pet store or groomer.

I know; we’re unlikely to convince all pet parents to trim their dogs’ nails themselves. And for many pet parents, the local PetSmart or other large chain store is the easiest or cheapest way to get the dog groomed; we won’t change that.

Even so, it’s worth doing the training. If the dogs are calmer about being handled and have been exposed to nail trimmers dozens, even hundreds of times as puppies, they won’t be terrified. The groomer or vet tech won’t have to restrain the dog tightly; the dog will have a lower risk of injury.

Do it for Henry: Add nail trimming and paw-handling to your puppy classes and other training courses or create a special class for it. Help pet parents understand how important it is that their dogs learn not to be afraid and to accept having their paws handled.