No Trainer Is an Island 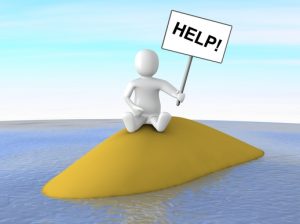 Training and behavior professionals may find themselves feeling isolated; the value of collaboration and networking cannot be emphasized enough

When I opened my new dog training and behavior consulting business four months ago, I reached out to local veterinarians, groomers and boarding facilities. I also took a little time to research other trainers in my area to see who was out there and what kind of services were being offered in our community.

It came as no surprise to find some of the national punishment-based chains . The good news is that I also found a handful of force-free trainers who shared my training philosophy and whose websites promoted the use of humane techniques (some were already PPG members).

I reached out to these like-minded few to introduce myself and see if they would like to meet. Each one sent a lovely reply and was very open to getting together. I have since met with and formed great relationships with four of these trainers.

The reason I am sharing this seemingly mundane story is because something struck me during each of these individual meetings. It opened my eyes to an issue that I think all of us in the force-free training world may be facing to some degree. That is the feeling of isolation; being completely alone with your message.

Each one of these amazing, hardworking and talented trainers in my community either had no idea the others existed or were vaguely familiar with the name, but hadn’t met one another. With every lunch or coffee get-together, it became clear that while they all had very similar thoughts and feelings, they didn’t realize they had like-minded people living nearby and working toward the same goal. Trainer after trainer described how they felt so alone in what they were doing and the message they were delivering to their students. Many were emotionally exhausted from trying to work with veterinarians, shelters and rescues that just wouldn’t listen to the facts about force-free training.

While I was surprised to learn that most hadn’t met one another, I quickly understood how it was possible. These women were busy running their businesses and helping their clients. They were volunteering their time with shelters and rescues, educating the public at community events and even trying to have a life with their families. Each one was barreling through and working independently, in their own little bubble, trying their best to make a difference. But as John Donne famously said, “No man is an island, entire of itself; every man is a piece of the continent.”

That is what I took away from this experience. I witnessed these women becoming excited and breathing a sigh of relief when they found others in their community who think and train the way they do. What was missing was collaboration and working together as a network. I wanted to help change that for all of us.

PPG has done a phenomenal job at connecting many force-free trainers throughout the country and the world and I am thrilled to be a part of that. This experience, however, showed me that there is still much work to be done. I encourage all of you to take 10 minutes and search for other trainers in your area. If you haven’t done this in a while, you may be pleasantly surprised by what you find.

For me, it took moving to a new area and googling dog trainers. Because of that, I am proud to say we now have a strong and supportive network of five incredible, force-free trainers in our community. Instead of fighting for territory as the punishment-based trainers do, we understand there is plenty of business to go around. Each of us has our own specialty and expertise and therefore brings something unique to the table. When we refer a client to one another we can be confident that they will receive the best service and most humane training advice available. We now also have a bigger impact in our community because there is a cohesive message being delivered by a team of trainers.

Instead of wasting precious time feeling discouraged about the many trainers still using aversive techniques, let’s use that energy to locate and connect with all the amazing force-free trainers who feel and teach the same way. If each of us reached out to one other like-minded trainer and formed a relationship, just imagine the impact it would have. In the wise words of Steven Anderson: “Alone we are smart. Together we are brilliant.”