In light of ongoing events in Montreal, PPG podcasts will feature a host of dog training and behavior experts to explain why breed bans are ineffective in reducing frequency of dog bites 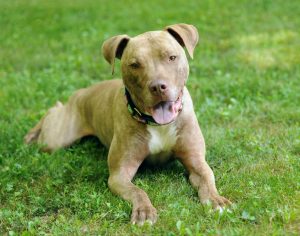 Starting next month, Pet Professional Guild (PPG) is to host a number of canine behavior experts in a series of podcasts to discuss why Breed Specific Legislation (BSL) is ineffective and potentially misleading. The move is part of PPG’s ongoing mission to deliver quality, up-to-date education on dog bite safety and force-free training and pet care to both the general public and pet professionals.

Experts who will feature in the podcasts include Jean Donaldson, instructor, coach, mentor and founder of The Academy for Dog Trainers; Victoria Stilwell, television personality and renowned dog trainer; Janis Bradley, director of communications and publications at National Canine Research Council; and Lori Nanan, founder of Your Pit Bull and You, an educational resource for dog owners of all breeds. They join voices with the many other canine behavior professionals who are quoted in PPG’s recently released Position Statement on the inefficacy of BSL.

PPG is watching closely as events continue to unfold in Montreal, Canada, where a ban on “pit bull type dogs” was passed earlier this month then suspended indefinitely on appeal shortly afterwards. PPG’s Position Statement proposes that BSL paints an unjust picture of certain breeds of dogs while punishing responsible dog guardians unnecessarily, and notes that it has been found to be costly and ineffective in its aims to reduce the number of dog bites and improve public safety in any given community.

According to the statement, PPG holds that a “neutral approach should be taken to evaluate dogs on an individual basis, focusing on behavior and environment, rather than appearance. Singling out specific breeds as dangerous provides the public with an unfair perception of those dogs while potentially creating a false sense of safety as far as other dogs are concerned.” In fact, studies have shown that a lack of appropriate care, supervision and mistreatment of a dog are key components in many dog bite occurrences, regardless of breed. PPG holds that, in place of BSL, a combination of educating the public, dog owners, shelters, and rescue organizations; early and positive socialization; force-free, science based training; and ensuring that dogs are paired within appropriate households is needed in order to reduce the number of dog inflicted bites.

“Research shows us that all animals learn in the same way and that each animal is an individual regardless of its breed,” said PPG founder and president Niki Tudge. “Many of our professional members interact, either personally or professionally, with many, if not all, of the breeds affected by BSL and will bear witness to the fact that animal learning is not breed specific. BSL does not address this at all. It is intended to improve public safety and reduce the number of dogs bites, yet the practice includes little, if any, assessment of individual behavior or environment, owner knowledge of canine behavior and training, and/or owner suitability as a dog guardian, not to mention the fact that many dogs are inaccurately labeled simply because of the way they look.”

Read PPG’s Position Statement on BSL. For details of upcoming podcasts, see the Show Schedule. The first podcast in the series Features Jean Donaldson and will air on Wednesday, November 2, 2016 at noon EST.

About The Pet Professional Guild

Breed Specific Legislation (BSL) is a law or legal ordinance that restricts or prohibits the ownership of certain breeds (or types) of dogs. It usually affects “pit bull” type dogs, although the breeds targeted vary in different countries, states or counties. American pit bull terriers, American Staffordshire terriers, American bulldogs, Staffordshire bull terriers and English bull terriers are often included in the “pit bull group,” wherein the term “pit bull” is used generically for a number of closely related breeds such as these. In many cases, dogs who are thought to be “pit bull” type because of their appearance are inaccurately labeled. Other breeds that often find themselves the target of BSL include the Rottweiler, mastiff, chow chow, German shepherd, Doberman pinscher, filo Brasileiro, dogo Argentino, presa Canaria and Japanese tosa.

San Francisco-based Jean Donaldson is the principal instructor of The Academy for Dog Trainers, which she founded in 1999. She is the award-winning author of The Culture Clash, Mine! A Guide to Resource Guarding in Dogs, Fight! A Guide to Dog-Dog Aggression, Dogs Are From Neptune, and Oh Behave! Dogs from Pavlov to Premack to Pinker. Her latest book, Train Like a Pro, is her first written for a lay audience, and focuses on basic training for family dogs. Donaldson holds degrees in comparative psychology and music, and competed in numerous dog sports before transitioning full time to pet dog training in 1990. The Academy has over 500 graduates practicing dog training and behavior counseling in most states in the US and 25 countries worldwide. For more information, see The Academy For Dog Trainers.