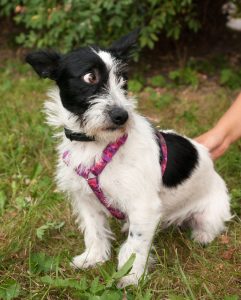 PPG maintains that the use of the startle response is a “management technique that uses fear as the motivation.” Photo: (c) Can Stock Photo

Pet Professional Guild (PPG) has released a new position statement on so-called “pet correction devices” that are used for the management, training and care of pets. PPG does not recommend such devices and the move comes as part of its ongoing mission to create greater awareness amongst pet owners, industry professionals, and the general public of non-aversive training and pet care methods.

The newly-released document, Pet Professional Guild Position Statement on Pet Correction Devices, defines pet correction devices as “aversive stimuli intended for pet care, management, or training by eliciting a ‘startle response,’ and/or an alarm reaction to prevent, barking, jumping up, growling, or any other problematic behavior.” In the statement, PPG cites Ramirez-Moreno and Sejnowski (2012), who, in their article A computational model for the modulation of the prepulse inhibition of the acoustic startle reflex, define the startle response as a “largely unconscious defensive response to sudden or threatening stimuli, such as sudden noise or sharp movement” that is “associated with negative affect.” It goes on to quote Lang, Bradley and Cuthbert (1990), who state in their article Emotion, attention, and the startle reflex, that the startle response (or aversive reflex) “is enhanced during a fear state and is diminished in a pleasant emotional context.”

PPG maintains that the use of the startle response is a “management technique that uses fear as the motivation,” and the statement goes on to say that “both PPG and its members actively recommend against the use of any training tools and equipment whose purpose and/or intent is to interrupt or redirect behavior using fear, force or pain.” The document also lists some of the potential consequences of using pet correction devices. In pets, these might include global suppression or “shut-down,” suppressed aggression, and/or redirected aggression. Users, meanwhile, may be tempted to escalate frequency, intensity and/or duration of the aversive stimulus if, at first, it appears to be ineffective. In addition, they may be completely unaware of the pain and stress they are inflicting on their pet, and the anxious, and/or fearful emotional state they risk causing.

“PPG believes all training should be conducted via the use of positive operant and respondent training methods,” said PPG founder and president, Niki Tudge. “By ensuring that pets enjoy the training process, trainers and pet owners using positive techniques will see more confident and well-adjusted pets. Optimizing the use of applied behavior analysis to systematically identify and resolve problem behaviors using the least aversive and intrusive methods, tools and equipment, rather than resorting to ‘quick fix’ aversive devices that risk causing long-term physical and/or psychological damage, is undoubtedly the way forward as the science of animal behavior marches into the 21st century.”

In its Guiding Principles (2012), PPG deems the use of certain equipment for training and pet care as non-negotiable. This includes any devices that are used to choke, prong, and/or shock pets, and PPG has previously published three position statements – The Use of Shock in Animal Training, The Use of Choke and Prong Collars, and The Use of Remote Electric Shock – to reflect this. Use of such devices constitutes an infringement of PPG’s Guiding Principles and the organization considers any individual using them as ineligible for membership.

Read the complete position statement on The Use of Pet Correction Devices here.

Ramirez-Moreno, D.F., & Sejnowski, T.J. (2012, March). A computational model for the modulation of the prepulse inhibition of the acoustic startle reflex. Biological Cybernetics 106(3) 169-176.

The Use of Choke and Prong Collars

The Use of Pet Correction Devices

The Use of Shock in Animal Training

The Use of Remote Electric Shock

About The Pet Professional Guild