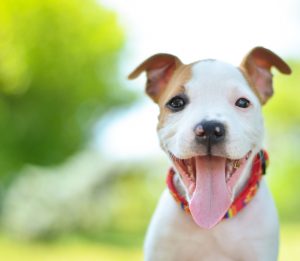 In my second week as an animal control officer, a few heartbeats away from my 21st birthday, I had a rude awakening about the realities of working in animal welfare.

The incident set the course for my professional career, including my current work in animal behavior and training almost 30 years later.

A 14-week-old pit bull-type puppy I picked up had just completed his seven-day stray holding period at our shelter and I was crushing on him. He was sociable, wiggly and adorable.

The sympathetic woman who found him expressed interest in adopting him. Our administrator, Dr. Boyle, asked me to call her to confirm her intentions. She informed me she had changed her mind.

A few minutes after relaying this information to him, I walked back into the kennel. I saw that little puppy in a soft, crumpled heap at his kennel door, already drugged in preparation for euthanasia. I think I cried out because he looked up at me in his stupor and started slowly thumping his tail and groggily trying to get up to greet me. He looked like a sad and confused drunken newborn foal.

I ran to find Dr. Boyle, who made the euthanasia decisions and performed most of the procedures. He patiently explained that because of new city-wide breed bans enacted in our county, and all the controversy surrounding them, we were not moving pit bull-type dogs into the adoption population until further notice. And that, as they say, was that.

I ran into the bathroom and vomited. Then I sobbed. I thought my heart would break. That velvety, lovable boy that I happened to have a strong attachment to would be dead in a few minutes. I felt overwhelmed by the injustice, absurdity and bias that was literally killing this puppy. He was about to become a casualty of the initial wave of community panic over potential behavioral and public safety issues associated with fighting breeds.

Several well-publicized human maulings and deaths attributed to pit bull type dogs had sent local governments scrambling for a preventative. There was much initial public support for breed bans, and they were hastily and widely enacted. Like any other unnuanced solution to a complex problem, we now know breed bans are ineffective at protecting the public from dog attacks and bites. More than a dozen states have even banned breed bans.

We also know a lot more about what contributes to the development of aggressive behavior in dogs, which are the same factors that contribute to shelter euthanasia—poor socialization, management and training practices. A lack of understanding of normal dog behavior and the best practices to modify it can have fatal consequences—rarely for humans but frequently for dogs. It’s the number one killer of young, healthy dogs.

Surrender
In defense of underinformed guardians, poorly trained dogs are not fun to live with. Lack of training almost guarantees behavioral problems in the dog and in the guardian. I think we can all agree that running away is unacceptable behavior, and so is chasing and screaming at a dog as it runs away.

Both parties end up frustrated and confused by the other’s behavior, creating a relationship founded on mistrust and misunderstanding. It inhibits the formation of a powerful bond between dog and human. And when “life” happens, many overwhelmed owners find that giving up their dogs makes sense.

When people surrender their dogs because they’re moving, having a baby, or changing jobs, frequently the subtext is, “I love my dog, but he is annoying. Getting rid of him will be a relief.” Shelter staff see this all the time. (They also see owners crushed by grief because surrendering a beloved pet is their only option due to catastrophic medical, financial or other challenges. But the former is the more frequent scenario).

I can’t say for certain why that puppy ended up as a stray at our shelter, but I do know what sealed his fate that day. Back in the bathroom, after a few minutes of abject horror, I realized I had a decision to make. Although euthanizing a healthy puppy was an anomaly at our facility, I knew there would be more distressing euthanasia decisions.

This is the reality of working at an open admission shelter. Animals die here, by human hand (although we were really only the facilitators). Did I want this job or not?

On balance, we were doing so much good for the animals and residents in our county. I can think of few occupations as disparaged as dogcatcher, but it’s important work. Few people are cut out for it. And the emotional toll can be significant.

In a rare youthful moment of objective self-awareness, I decided that animal welfare needed me. I was intelligent, compassionate, driven to serve, and had the skill set needed for this role. I also made it my mission to learn all I could about how managing dog behavior affects adoption permanency to help staunch the flood of dogs streaming into shelters because owners, despite their best intentions, were at their wits’ end.

Acknowledging my grief and the inherent injustice of euthanizing that precious, vibrant baby dog, I swallowed hard, washed my face, and got back to work.

I’m so grateful I made that decision. In the years that followed, I rescued countless sick, injured and orphaned wild animals that we relieved of their suffering or rehabilitated and released. I helped dozens of owners obtain the skills and resources needed to care for their animals.

I rescued hundreds of pets from neglect, abuse, and the squalor of hoarding situations. I matched countless adopters with pets that were suitable for their families and lifestyles. I started an in-house dog training program and taught kids in treatment for substance abuse the beauty of using reward-based training to change behavior.

I conscientiously brought people to justice for acts cruelty that turned my stomach and almost broke my spirit, culminating in the highest penalty for a single count of animal cruelty in the state of Illinois. I screwed up some stuff, too. But on balance, I did well and was proud of my work. I was proud that, in the greater scheme of things, what I did mattered.

It is my personal opinion that euthanasia is an integral part of animal welfare and that, for some animals in specific circumstances, it’s the most humane outcome available. I also believe that, next to population control, I believe the most effective way to decrease gratuitous euthanasia is through reward-based training.

Thoughtful socialization, compassionate responsiveness to a pet’s needs, and ongoing R+ training that makes daily life with a pet pleasant is the most effective inoculant against owner surrender and euthanasia of young, healthy pets.

What we do as behaviorists, consultants and trainers is critical for keeping animals in their homes and reducing euthanasia rates. And I wouldn’t be a behavior professional today if it weren’t for the unjust euthanasia of that delightful puppy, may he rest in peace.

*This post is an entry in our Phoenix 2020 Writers’ Competition. All winning, runner up and selected entries are being published here on the BARKS Blog and in upcoming issues of BARKS from the Guild. For a fully immersive educational experience in animal sheltering and rescue, join us at the Pet Professional Guild Annual Summit in Phoenix, Arizona on September 17-21, 2021.*

About the Author
Kimm Hunt CPAT-KA has been working with animals since 1989 and owns and operates Kimm Hunt Dog Training in Alpharetta, Georgia. She provides training and behavior consulting services for owners and rescues in her local area, approaching training from an animal welfare perspective and uses evidence-based practices.