Reducing Fear – and the Importance of Choice 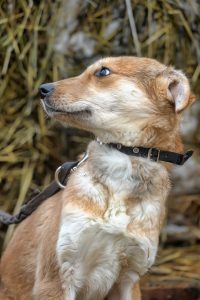 While it may sometimes be necessary to “control” animals (as in restricting their movement, their choices and their opportunities to control their environment through their behavior) for safety reasons, often it is not © Can Stock Photo / evdohaspb

Counterconditioning is one of the most important techniques in animal training (arguably top five). Simply put, ‘conditioning’ means ‘learning’ and ‘counter’ means ‘opposite.’ Relearning might be another way of putting it. Practically speaking, it’s about changing someone’s learned associations.

An example! Let’s say we have a dog, who’s started trembling and panting whenever she arrives to the vet’s office. She has probably learned to associate the vet’s office with aversive events. Strange sounds and smells. Unfamiliar people looming. Needles poking. A string of events that ends up with something painful… Most animals will learn these predictors. This is one type of classical conditioning, learning that certain events predict things the animal would rather avoid (just like Pavlov’s dogs drooled when they learned that bells predicted things they really wanted).

Some animals may start showing behaviors indicative of a fear response at the first stimulus in such a predictive chain, and some even resort to defensive aggression in their attempts to escape the situation – which could be very risky for all parties involved.