Taking the Pulse of Dog Training

As a professional (force-free) dog trainer I am always looking for help from researchers who investigate canine cognition and behavior, to glean new information and ways to apply knowledge gained from science. Since you are reading this I suspect you do the same.

Sometimes the little things make a big difference, such as how a person approaches a dog. 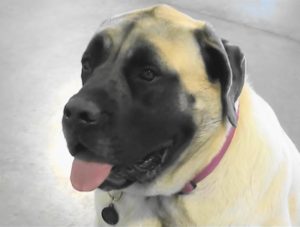 Recently I worked with clients who reported their adolescent Mastiff was calm all day while the wife remained home with the dog. When the husband returned from a long work day and greeted their gentle giant she began jumping on him, and then mouthing incessantly. If he cued the dog for a (differentially reinforced incompatible) trained behavior such as “touch” or “sit” that worked for a moment, but the jumping resumed due to her high arousal. If the man turned to walk away (negative punishment) the dog launched herself at his back.

High arousal was evident and the novelty of dad returning from work was far more exciting to the Mastiff than hanging out with boring old mom, with whom she spent each day. Jumping on strangers was not an issue either. It seemed there was something specific to dad.

When I asked the husband to show me how he approached his dog it was in a slow and quiet manner…and in a straight line. As soon as he faced his dog directly and began petting her the Mastiffs arousal spiked and she rapidly launched into Star Trek(1) mode, going where no man had gone before and landing on whatever part of the owner’s body her fore paw landing craft attached to.

It was one small step for Man, and one giant leap for Mastiff-kind. 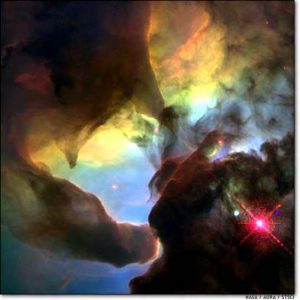 My first thought was of the busy researchers at Dog Pulse Project (2)  who were studying how the manner in which a human approached and interacted with a dog affected canine arousal, as measured by pulse. They generously posted their videos of ongoing research so lay people could observe what they are discovering.

For instance, a test dog wearing a heart monitor is located at one end of a room and a researcher is standing at the other end. When the researcher approaches the dog a split-screen video shows the line of approach and the resultant change in heart-rate of the dog. For this experiment 48 dogs have been used thus far.

That is a variation in arousal of 15.67% simply due to the line of approach by a human to a dog.  Sometimes a small thing is actually a big thing.

I also recalled another video recording of the variations in dog pulse when a person stood hovering over a dog, bending down to make contact and when a person squatted parallel to the dog’s shoulder and stroked the chest. Hovering and bending increased pulse while squatting sideways reduced it.

Hmmm? Maybe it is not all about the dog after all.

I requested of my client that the next time he approach his Mastiff he walk in a slow quiet curve, and that he turn sideways when within reach. At that point he was to lower himself a bit and stroke his dog’s chest. Being a good sport and wanting the best for his beloved pet, the man kindly obliged me.

We all observed a complete lack of arousal-spike and jumping. Indeed, the Mastiff settled down on the floor as softly as a lunar lander and absorbed his attention. It appeared to me that she enjoyed the different approach. 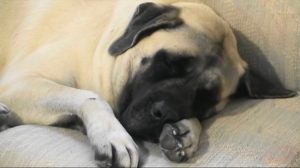 “Thanks for helping me relax.”

In our mini-Dog Pulse Project exercise we repeated the approach several times and the Mastiff responded calmly each time. Of course things may be different after the husband has been away at work all day, but this exercise gave the owners proof they needed to see that their dog could learn a calmer greeting ritual. The husband was delighted to have something new to practice with his dog so they can enjoy each other without drama.

When I teach people about bite prevention and how to meet a dog, this is the approach I recommend. Indeed, I use this with each new client dog I encounter and find it especially helpful since my behavior specialty is working with anxious and fearful dogs.

Thanks to all the researchers around the world who are sharing their data with us, shining the light of knowledge upon canine behavior so we may abandon old methods based on traditional aversive methods, and marking the path of force-free training and behavior modification for us all to follow.