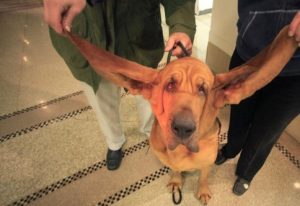 Many, many years ago I enrolled in what seemed like a fun weekend workshop with my dog. The ad read, “No limits to learning” or something similar, so of course, I jumped at the chance to attend with my dog. As we sat in the small room with other dog owners, you could feel the excitement build as the speaker grabbed his microphone to engage the crowd who, by the way, seemed very familiar with this particular speaker. Imagine my shock (the operative word here), when he started bashing positive reinforcement trainers with his opening rally cry, “We ain’t stinking cookie trainers!” The crowd roared!

Oops, I must have missed the fine print on the enrollment form.

Since I was already out a considerable amount of money, I thought the least I could do was stick around to hear this very enthralling presentation. The speaker went on to explain how the e-collar worked, but what was so remarkable, was not that he convinced a bunch of “dog lovers” how to control their dogs with pain, because these people were on board with the idea, but it was how he diffused a potentially horrifying situation by explaining ahead of time that the screaming, barking, yelping and other such cries of discomfort and fear that we were about to hear was a normal reaction by dogs when they show their dominance, and as soon as they realized the human was in charge, they would submit. That may not have been verbatim, but that was the essence and by the way, I’ve heard similar tactics used to euphemize pain inducing protocols.

It’s brilliant when you think of it, because they don’t argue that the dog will respond by crying out; they not only tell you to expect it, but also explain that it’s the dogs’ frustration of being controlled that causes them to act out! Over 400 years ago, Renee Descartes (1596-1650), father of modern philosophy, argued that because animals have no souls, they cannot think or feel, and he committed unspeakable, horrible acts on animals, explaining that their response was merely mechanical. His philosophy went unchallenged for hundreds of years!

Several summers ago, I was at a company picnic where a self proclaimed dog expert volunteered to give a Tellington Touch demo. To be clear, she didn’t know “Tellington” from “Huffington”, but she knew that others had heard the name. It began, “This is TTouch” and then she switched to calling the method, TTap, “It’s just a gentle tap, tap, tap.” Finally she brought out her shock collar and said, “It only taps the dog, like TTouch/TTap. How clever, to equate the transformational body-work of Tellington Touch with the insidious pain of shock. What’s more, who would doubt this “professional”?

I recently interviewed a potential client whose dog had been aggressive to other dogs on the street. One of the first things I wanted to know was what equipment she uses to walk her dog, and that’s when she happily told me she only uses a “gentle-choke collar” that doesn’t hurt the dog, just touches him softly.

A woman I know runs a rescue organization and believes fully in positive reinforcement training; in fact she hired a trainer who uses a collar that “tickles” the dog. To prove his point, he put the collar on her wrist to demo this enjoyable sensation!

So I asked her, like I’ve asked that client or countless others who blindly believe that pain doesn’t hurt, “Why would a dog be motivated to work in order to avoid the tap, touch or tickle?” Of course that question is usually a brain stumper, but it doesn’t stop them from going about their merry way feeling good about using something that has such a pleasant association: Tickled pink, Tickle Me Elmo, Tickle in my throat.

I used to say that if you want to know if a device hurts your dog, try it on yourself first, but now some unsuspecting pet-parents are being conned by slick-talking-trainers whose collars don’t hurt, they tickle!

Can the Tickle-Me-Trainers Association be far behind?