The Arrogance of Punishment 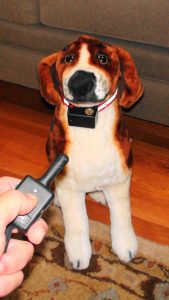 As a professional force-free dog trainer I often hear dog owners use the term “punishment” and understand it from their perspective as a word in common use.

Webster’s dictionary: 1 the act of punishing; 2 a. a suffering of pain or loss that serves as retribution; 2 b. a penalty inflicted upon an offender through judicial procedure; 3 severe, rough, or disastrous treatment.

I will address each definition in context of “punishment” as applied to pet dogs by their owners, rather than the use of the term as understood by professionals, with respect to operant conditioning.

First, as an American I acknowledge living in a punitive society, evidenced by the highest incarceration rate per capita in the world.  Many of us were raised in homes where punishment was the norm.  My 30-year police career postured me to observe the behavior of citizens, looking for something to stop.  If that “something” was serious enough it resulted in arrest and likely punishment through legal process.

Dog owners often consider punishing unwanted behavior rather than rewarding favorable behavior.  As a trainer I shape the attitude of dog owners to look for opportunities to reinforce desired behavior, rather than look for something to stop.

Dogs have no moral code, yet humans cast upon them the anthropomorphic notion that dogs “know what they are doing is wrong” and so punishment is justified.  Dogs are roughly comparable to a two-year old human child.[1]  We do not assume toddlers “know what they are doing is wrong” or criminally prosecute them, so punishment is not a logical choice.  With short-term memory measured in seconds it also makes no sense to punish a dog long after the behavior occurred.

Second, inflicting pain or retribution upon a dog should never be a basis for punishment.  I find that concept disturbing, unethical and arrogant.  It puzzles me why some people feel justified in punishing animals for expressing their normal behaviors when we have the alternative of teaching them what we prefer.

I am reminded of a conversation I had in 1992 with a Native American acquaintance who worked as a counselor at a maximum security prison.  He said, “There is too much ego.  People who think too much of themselves think less of others, or of nature.”  Hearing that changed my perspective for the better.

When we consider ourselves superior to other beings, as is one of the fundamentals of “dominance theory” we easily justify inflicting intimidation, fear, pain and physical compulsion upon “lesser” creatures to bend them to our will.  I sadly witnessed this when I observed a dominance trainer and a dog owner discussing the misery of the dog in question during “training” sessions as they mocked the dog and gloated about how superior they were.

If a client talks in these terms I encourage empathy to consider the dog’s perspective…and remind them their dog is rather like a toddler.  I discuss how parents guide and nurture their child, setting them up for success.

Third, there is no judicial process for dogs.  The owner is police officer, prosecutor, judge and jury.  Sometimes…executioner.  That creates a conflict of interest.  As I coach clients I cite mistakes I made with my puppy and how much I regret not knowing then what I know now.  As a trainer I try to help dog owners avoid my mistakes.

One of the best things I learned during a Pet Partners class was to “Be your dog’s best advocate.”  When dog owners think of themselves as advocates they no longer default to punishment.  There is no conflict of interest in that.

When a client sounds judgmental or uses labels instead of describing behavior, I help them remember why they brought a dog into their life, and how we can partner together to realize their goals.

Fourth, I cannot imagine circumstance in which “severe, rough or disastrous treatment” of a dog is necessary.  The use of choke, pronged and shock collars is off the table.  Period. 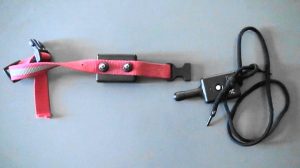 Long ago I found myself worried sick that I might not be able to keep my adolescent dog Jake safe and was enticed by the assurances of a “dominance theory” trainer that her methods would resolve my concerns.  I paid far more money than I care to admit learning how to frighten Jake and jerk his neck, accomplishing nothing.  I quickly abandoned the choke collar…but understood why well-meaning dog owners are drawn to such things.

It is a very frustrating and frightening thing to love a dog and fear that you do not know how to keep them safe, or how to live with the dog you brought into your home.  Punishment is a very tempting and seemingly quick solution, and it affords instant gratification to the dog owner.

As a force-free trainer I can help others avoid the arrogance of punishment that I once shared.

To learn more about dog training the force-free way, register for the Pet Professional Guild’s inaugural educational Summit in Tampa, Florida on November 11-13, 2015.