The Inefficacy of BSL

By BARKS from the Guild 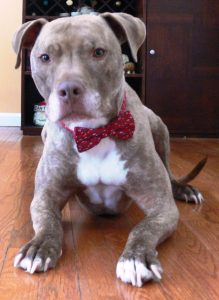 The Pet Professional Guild (PPG) is becoming increasingly alarmed at the number of dogs being seized or banned in a variety of communities worldwide based purely on their breed or appearance, allegedly in the interest of public safety. At the same time, there is little, if any, assessment of an individual dog’s behavior or environment, their owners’ knowledge of canine behavior and training, and/or their suitability as a dog guardian…There are several factors that contribute to the potential for dog bites and Breed Specific Legislation (BSL) is erroneous in that it pays no attention to a dog’s behavior (or the guardian’s), but focuses instead on the breed or even the dog’s appearance. It is PPG’s position that public policies should focus rather on the behavior of a particular dog, the behavior of his/her guardian, and the environment they live in. We propose that education is key to preventing the majority of dog bites. A greater knowledge of canine communication should be an essential component of said education, as should more widespread knowledge of the adverse effects of using forceful methods in training and interactions with our pets.  Read article