The Power of Project Trade

When I first learned of the Pet Professional Guild (PPG) I had just recently worked with a handsome little elderly dog named Pete and acquired my first shock collar.

Rough handling turned Pete into a hand-biter; adding a shock collar made it much worse.

Taking it off Pete probably saved his life and spared his owner the heartache of euthanizing her long time pet, as many around her had been advising. 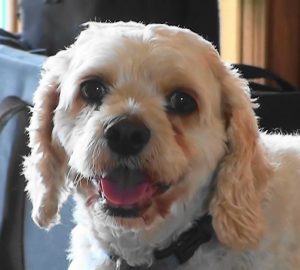 No shock, no fear, no pain!

I was highly motivated to see shock collars taken off all dogs and wanted to persuade a local legislator to seek a statutory ban on the devices. Knowing it would be an especially difficult challenge in my home state I began seeking scientific data and support from others in order to empower myself and thus persuade politicians.

That was when I first contacted PPG president, Niki Tudge. I wondered how I could persuade law makers to take up an issue that probably did not seem like much of an issue to them, but I saw firsthand that it was a very personal issue to dogs and their owners.

In early 2015 Niki and I  had a phone conversation about setting goals for the committee and she challenged me to “shoot for the moon.” I suggested eliminating or reducing the use of shock devices and found it easy to add choke and pronged collars to the list.

By March 2016 PPG rolled out Project Trade as an advocacy program designed to collect aversive training gear in return for a discount in force-free alternative services.

The concept of Project Trade is even more powerful than I first imagined.

Prior to Project Trade I had managed to collect a single shock collar in three years. It was more a matter of luck than effort. 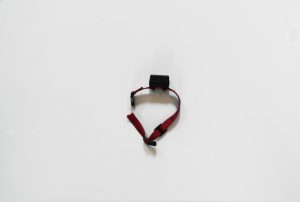 Two years later I jumped at the opportunity to become one of the first PPG Project Trade participants and made full use of the free marketing materials produced by PPG, the web site support and various social media groups operated by PPG.

Using text and graphics provided by PPG I enhanced my business website and Facebook business page where I frequently post my Project Trade offer to pet owners, and photos of gear that I receive in trade.

Facebook provides a platform to give well-deserved positive reinforcement to those owners who chose to swap their gear with me. An owner may feel obliged to continue using an aversive device, which may only have been chosen out of frustration and as a last resort. They may feel dependant upon the device long after they realize it serves no helpful purpose, or has made things worse.

Recently I negotiated with a family for one month.  Their adolescent dog had worn a pronged collar, choke collar and shock collar.  Giving up their crutches required them to have faith in me and was a difficult choice.

Giving up a crutch is a scary thing and I remember visiting a doctor 10-weeks after I broke my leg and had learned to depend upon crutches.  He told me “If you continue using them you will limp the rest of your life” and he challenged me to put them down…and jump up and down several times in the clinic hallway.

I trusted the doctor and jumped.  It was painful, but my leg did not collapse and in time I lost the pain.  Dog owners need to trust us and we need to show them that force-free methods work.  PPG gives us the tools to become better professionals, and Project Trade gives us the program to help people give up their crutches.

To make the trade process feel safe and optimistic I confess my own use of aversive methods and equipment before I learned of better methods. Blame and shame are not part of the trade, but congratulations and encouragement are.

After the trade pet owners often eagerly report back to me the rapid improvement in behavior they see.  The relationship with their dog begins healing and the deeper bond they enjoy is another benefit that comes from Project Trade and force-free methods. 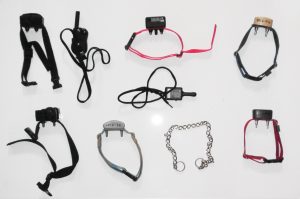 In three months as a Project Trade participant I collected eight pieces of aversive gear, more a matter of effort than luck.

Now I actively seek out trades and celebrate every new surrender by giving the family a discount greater than what I advertise.  Project Trade has made me a better professional and I measure real progress each month as I “shoot for the moon.”

There are thousands of PPG members, yet only a few dozen have joined Project Trade. Doing so is free and easy. Just register here!

If you live in a locale where aversive gear is rarely seen, congratulations! Come join us anyway and help promote the program. The more widely known Project Trade becomes the more easily we can connect with pet owners who are eager for an alternative.

There are also perks for Project Trade members such as the monthly Project Trade Ambassador award with a financial incentive, and the chance to win an all-expenses-paid trip to the 2016 PPG Summit based on whomever collects the most aversive gear this year.

The greatest perk I enjoy is when I receive a shock collar and use a screwdriver and needle-nose pliers to defang the beast. Thanks to Project Trade my little cardboard box is already full. It is time to find a larger box!

If you want to improve the lives of pets and their owners, come join us.  I double-dog dare you!