Use of Reiki in Pets

Reiki is a Japanese technique, based on the teaching of Mikao Usui in 1922, for stress reduction and relaxation that is also stated to promote healing 1. Practitioners believe that the human body is made up of energy and Reiki balances the human energy fields known as Auras, and energy centers known as Chakras 1. Although some practitioners swear by the benefits of Reiki, there are still limited research studies to provide evidenced-based practice guidelines and recognized results to prove its reliability and its use should not be substituted for medical care.

Reiki is now being applied to healing of animals and is often used by holistic veterinarians in many countries. Animal Reiki practitioners state Reiki is a complementary treatment that can be helpful in treating pain, anxiety and behavioral problems producing a calmer pet. Some behavioral issues that Reiki is claimed to help, by releasing the associated negative energies, include:

In order to provide a Reiki treatment to an animal, the practitioner lays her hands on the area to be treated, or slightly above, without restraining the animal. These treatments should be performed daily for at least 30 minutes until the animal returns to normal activities and it may take longer for this to occur than human treatments, especially for larger animals 2. Pet owners can also provide these treatments for their pets although they must receive training and attunement to the Reiki energy from another practitioner. 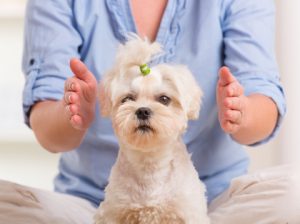 In 2006, Baldwin & Schwartz conducted an experiment to determine if Reiki energy treatments could repair microvascular damage caused by excessive noise 3. These researchers created a design of four groups of rats. One group received daily noise and simultaneous Reiki treatments, two other groups received a technique described by the authors as “sham” Reiki or noise alone and the final fourth group did not receive noise or additional treatment 3. The experiment was repeated three times and in all three the Reiki group showed significantly reduced microvascular leaks as compared to the other groups. The researchers concluded “this procedure could be useful for minimizing effects of environmental stress on research animals and hospital patients 3 pg. 15.”

Another study performed by the same researchers in 2008 was conducted at the University of Arizona, using noise-stressed laboratory rats to see if Reiki would provide the same calming effect it has been documented to provide for humans. Three rats were exposed to 90 dB white noise for 15 minutes for 8 days, which resulted in an increase in heart rate and blood pressure 4. During the last 5 days, the rats were given Reiki treatments before and during the noise session and a control group of rats were given what the authors describe as “sham Reiki” for the same times 4. The rats heart rates were measured through the experiment and the Reiki group showed a significant decrease in heart rate when they were exposed to the noise as opposed to the sham Reiki group, although no change in blood pressure was noted in either group. The researchers concluded that “Reiki is effective in modulating HR in stressed and unstressed rats, supporting its use as a stress reducer in humans 4 pg. 417.”

Reiki does not just occur in labs or animal communicator businesses. Many well -known animal advocacy groups also employ the technique to calm their stressed shelter animals. Best Friends Animal Society published an article on their website in 2014 regarding the value of Reiki for a bunny, Booda, who had been depressed after recently losing his mate 5. The bunnies’ caregiver described Booda’s change as a result from the Reiki treatment provided by a shelter volunteer as “transformational” and stated the energy also drew out other rabbits in the housing area 5. 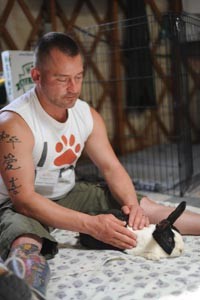 As with any complementary and alternative medicine (CAM) treatment, Reiki has been met with skepticism by some and embraced by others.  Although research in its applications to humans has been conducted for some time, evidence of the benefits of animal Reiki is still evolving. Neither area has been able to substantially prove whether the results from Reiki are truly due to the energy’s healing properties or simply relaxation or a placebo effect.

For the love of Reiki podcast