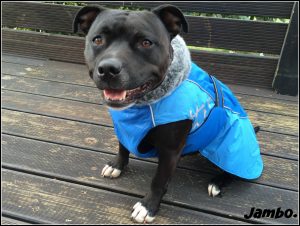 Countless animal welfare organizations and professional bodies worldwide have issued position statements that comprehensively refute the efficacy of BSL as a means of reducing dog bites and increasing public safety, a selection of whom are cited below.

“Without exception, I stand firmly against BSL. The research has shown time and time again that BSL does not reduce dog bites in the areas where it is enacted, and has caused many innocent dogs to be taken from their families simply because of the way they look.” – Victoria Stilwell, award winning dog trainer and behavioral expert, president of the Victoria Stilwell Academy for Dog Training and Behavior, and CEO of Victoria Stilwell Positively Dog Training.

“PPG’s position is to follow the evidence, which to date strongly suggests that BSL does not achieve the objective of decreasing dog bites or serious dog attacks. Instead, dog guardians should be held responsible for their pets’ conduct, regardless of breed, and dogs who have not offended should not be targeted.” – Jean Donaldson, founder and principal instructor of The Academy for Dog Trainers.

“There is a growing awareness that BSL does not improve community safety and penalizes responsible dog owners and their family companions… Effective laws hold all dog owners responsible for the humane care, custody, and control of all dogs regardless of breed or type.” – Janis Bradley, director of communications and publications, National Canine Research Council.

“Any dog is capable of biting, regardless of breed, sex, or size… With BSL, the veterinary community is put into a challenging position of being asked to identify dog breeds based on appearance, and to report dogs who seem to fit a specified description. Most studies have shown that the visual identification of a breed rarely accurately identified the proper breed when compared to genetic testing.” – Dr. Lynn Honeckman, respected veterinarian.

For a full list of position statements, please see What the Experts Say (PPG, 2016).

Why debate what the experts have already concluded? There is no scientifically valid evidence to support BSL. There is no reasonable argument in its defense, and no evidence to suggest that certain breeds of dogs are more likely to injure or bite than others (NCRC, n.d.). According to the NCRC: “[I]n a recent multifactorial study published in the Journal of the American Veterinary Medical Association on the exceptionally rare event of dog bite related fatalities, the researchers identified a striking co-occurrence of multiple, controllable factors in these cases. Breed was not identified as a factor.” (NCRC, 2013).

PPG founder and president Niki Tudge has stated that: “PPG’s role is to educate and engage more pet professionals and pet owners, promoting the science based, result based force-free message, philosophy and training practices. As founder and president of PPG, I believe that this same goal should be applied to all pets. Research shows us that all animals learn in the same way and that each animal is an individual regardless of its breed. Many of our professional members interact, either personally or professionally, with many, if not all, of the breeds affected by breed specific legislation and will bear witness to the fact that animal learning is not breed specific. Just as important, it is critical to the welfare of our pets and their owners that animals are trained using force-free, positive reinforcement philosophies to prevent and mitigate aggressive behaviors due to fall out from the application of using punishment and fear to modify and change.”

There are several factors that contribute to the potential for dog bites and BSL is erroneous in that it pays no attention to a dog’s behavior (or the guardian’s), but focuses instead on the breed or even the dog’s appearance. It is PPG’s position that public policies should focus rather on the behavior of a particular dog, the behavior of his/her guardian, and the environment they live in. We propose that education is key to preventing the majority of dog bites. A greater knowledge of canine communication should be an essential component of said education, as should more widespread knowledge of the adverse effects of using forceful methods in training and interactions with our pets. Multifactorial approaches are needed if the number of potential dog bite incidents is to be reduced, as outlined above. The ultimate goal would be responsible ownership, including appropriate supervision of pets and the housing of pet dogs as family members in a safe and nurturing environment. The duty of care lies with the guardian, the canine professional and the policy makers. As such, PPG holds that humane and effective treatment of all dogs and breed neutral laws should replace BSL.