What’s Breed Got to Do with It? 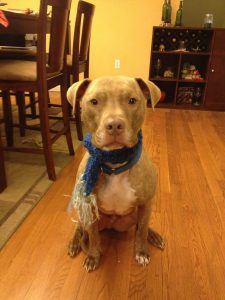 Cooper is a well-trained, much-loved family pet who could be seized or banned if Breed Specific Legislation were applied in the county where he lives

The Pet Professional Guild (PPG) is becoming increasingly alarmed at the number of dogs being seized or banned in a variety of communities worldwide based purely on their breed or appearance, allegedly in the interest of public safety. At the same time, there is little, if any, assessment of an individual dog’s behavior or environment, their owners’ knowledge of canine behavior and training, and/or their suitability as a dog guardian.

PPG holds that Breed Specific Legislation (BSL) such as this paints an unjust picture of certain breeds of dogs and punishes responsible dog guardians unnecessarily. PPG considers BSL to be ineffective in dog bite prevention and the safety of the public at large, and opposes any law or regulation that discriminates against dogs based purely on breed or appearance. Rather than approach the issues of dog bite prevention and public safety via such unsatisfactory means, PPG is of the opinion that educating pet industry professionals, pet dog guardians, and the general public in canine cognition, communication, and the use of science-based, force-free pet care and training methods are by far the most effective means of reducing dog bites and ensuring greater public safety.

PPG recognizes that any size or type of dog can bite. Breed, however, is not a good predictor. A study by Patronek, Sacks, Delise, Cleary, and Marder (2013) concluded that: “Most DBRFs [dog bite-related fatalities] were characterized by coincident, preventable factors; breed was not one of these. Study results supported previous recommendations for multifactorial approaches, instead of single-factor solutions such as breed-specific legislation, for dog bite prevention.”

PPG holds that a neutral approach should be taken to evaluate dogs on an individual basis, focusing on behavior and environment, rather than appearance. Singling out specific breeds as dangerous provides the public with an unfair perception of those dogs while potentially creating a false sense of safety as far as other dogs are concerned. PPG believes instead that a combination of the following is needed in order to reduce the number of dog inflicted bites:

– Ensuring that dogs are paired within appropriate households.