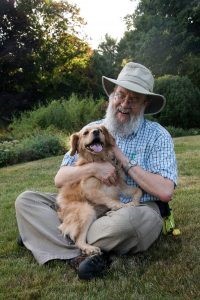 Dog lovers use a variety of words when talking about their favorite subject. Sometimes we use a word because it is it is the only one we know, or sometimes we use a word out of habit, even when we know there is a better choice. That is why, as our knowledge of dogs has changed, it is important to reevaluate some of the words and phrases that we commonly use to define our dogs and the relationship we have with them. Word choice is especially important when we are teaching someone new to dogs, such as a child.

Words can be very powerful. The word we choose can alter perceptions, and not always for the better. A change in perception can alter attitude, which can then cause our behavior towards our dog to change, again, not always for the better. Sometimes we intentionally choose a word because we want to change perceptions, attitudes, and behavior. For example, let’s look at two words that are often used when discussing a dog’s bathroom habits; “Housebreaking” versus “Housetraining.”

Housebreaking suggests that we are breaking the dog of a bad habit, which in turn causes many to think that punishment is the best way to deal with a dog that urinates or defecates in an inappropriate location. Whereas housetraining suggests that we need to first teach the dog where and when we want them to go to the bathroom and how to inform us of their need. When I adopted my first dog, I was told how to housebreak her. I dropped “housebreaking” from my vocabulary many years ago, because I believe it sets up a counterproductive relationship between dog and human.

Many of the words long associated with dog training have negative connotations. Obedience, which dictionary.com defines as “the state or quality of being obedient., 2. the act or practice of obeying; dutiful or submissive compliance: Military service demands obedience from its members,” is one of the words most canine behavior professionals no longer use. Most dogs are considered to be part of the family, and while most families want a well-behaved dog, they are wise enough to realize that the concept of instilling blind obedience in any living species is difficult and often leads to a rather, joyless existence for everyone. When you consider that you can teach your dog to be well-mannered without the military rigidity of obedience training by using rewards and kindness, deleting the word “obedience” from our dog training vocabulary makes perfect sense.

Two additional words directly associated with the militaristic concept of obedience are command and correction.  Traditional dog training suggested that one gives a dog a command, whether they know it or not, and when they do not perform the behavior indicated by the command, you correct the dog. Using the word “correction” was probably an intentional choice to soften what was actually occurring, which was punishment.  For example, I would say “sit” and if the dog did not “sit” I would correct the dog by jerking on a leash, connected to a choke collar, which would momentarily cause the dog pain or discomfort which would hopefully teach the dog to appropriately respond to the command the next time it is given. Now I am not arguing that this technique is ineffective, but there is a much better way to teach a dog, which is why the American Animal Hospital Association (AAHA), the Pet Professional Guild (PPG), and most modern trainers will tell you that commands and corrections no longer have a place in dog training.

I use the word “cue” instead of command and use rewards instead of corrections to teach a dog everything they need to know. The word cue suggests that we need to teach the dog to respond to our visual or verbal signal and that we cannot and should not expect blind obedience without teaching. Dog training is us teaching our dog to respond to specific cues. Rather than setting the dog up to fail so we can then correct the dog for an inappropriate response, why not set the dog up to succeed so that we can then reward them? It makes the training experience more enjoyable for both our dog and us. I think that we can all agree that if we are enjoying ourselves, we are more likely to do something, and when it comes to training, the more we work with our dog, the more success we will have.

The last two words I suggest that dog lovers remove from their vocabulary are dominance and alpha. Science has proven that the whole concept of being dominant or alpha has been misunderstood when applied to both wolves and dogs, which is why the AAHA Behavior Management Guidelines state “…if the trainer explains behavior in terms of ‘dominance’’ … advise clients to switch trainers”. [for more information on this subject read Dog Behavior – Dominance: Reality or Myth on my blog]

Whether you are a dog owner/companion/caretaker/guardian or a professional that works with dogs, I hope you seriously consider the words you use when thinking about your own dogs and when talking to others about their dogs. It really does matter.