Zoophilia*: A Hidden Horror for Animals

I entered law enforcement at 20 years of age.  When I retired 30 years later I thought I had seen the full spectrum of human abuse, violence and degradation.  The cruelty of humankind no longer shocked me, though it wore me down.

Through the years I never investigated a single case of sexual abuse of an animal and none of my fellow officers ever spoke of it.  The crimes occurred under the radar, hiding in the long dark shadows of secrecy, pain and trauma. 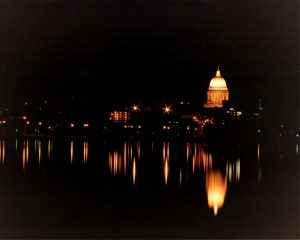 On January 25th of 2018 I was exposed to a widespread dirty secret.  As a new Humane Society of the United States (HSUS) volunteer I was invited to testify before the Wisconsin Assembly Committee on Criminal Justice and Public Safety, and there I met Melissa Tedrowe, the HSUS Wisconsin Director.  Our goal was to amend Chapter 951 Crimes Against Animals.

The amendment was given the numerically sequential name A.B. 666.  In the Christian bible 666 is the Mark of the Beast.  This sad irony was not lost during the hearing.

In two hours of testimony I learned of a hidden network of animal sex offenders who communicate in online chat rooms.  In later communication with bioethicist, Jessica Pierce, Ph.D. she informed me ASPCA reports at any given time 900-1,000 bestiality networks are communicating, exchanging tips and trading animals.  They call themselves “zoos” and one group has over one million members.

Humane Society of the United States

What prompted the hearing was the infamous case of Wisconsin resident Sterling Rachwal whose behavior over 35 years was anything but sterling.  He sexually assaulted horses. One horse had to be euthanized due to injuries.

The investigator and district attorney who handled his last case described details of their investigation, and the frustration of having inadequate laws to deal with such persistent criminal behavior.

The investigator testified to video evidence in which Rachwal snuck into a barn in Brown County and repeatedly thrust his arm into the rectum of a restrained draft horse.   A second camera malfunctioned but the breadth of the crime became evident as the farmer described behavioral changes he saw in his three working horses.

The horses spooked when there was activity behind them, such as pulling equipment.  When a 1,400 pound horse enters a flight-fight response it is dangerous.  The farmer had to sell his horses.

A lady living on a farm in Brown County testified how she and her neighbors lived in constant fear for 35 years while Rachwal was sometimes incarcerated and sometimes free in the community.  They never knew whether their animals were safe and so they slept in their barns at night with shotguns at the ready.

Rachwal was fined $105 and was released on probation, according to the prosecutor.  Today he is free to repeat his established pattern of behavior without oversight.

But this is not about a single offender. 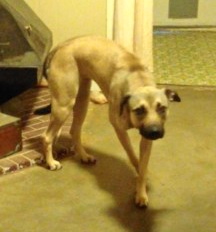 A veterinarian testified about the many animal clients she had seen over decades whom she suspected had been sexually abused.

On April 15, 2015 Reuters reported on bestiality in Denmark and cited a 2011 Justice Ministry report that found 17% of veterinarians suspected a human had sex with an animal they treated.

Denmark strengthened their animal abuse law as a result.

Veterinarians may be the first line of defense in identifying this offense, yet there is an obstacle to early identification.  In Wisconsin a veterinarian has no duty to report to law enforcement.  How are police to investigate crimes they are never informed of?

By contrast, a medical professional who treats an injured child and suspects abuse is required by law to report to police, who are then obliged to investigate.

Veterinarians swear an oath to “First do no harm” and yet may remain silent when they suspect sexual abuse of the animal client to whom they have sworn a duty.  In my view that makes them complicit and enables the offender.

At 61 years of age I remember the very moment I swore my oath of public office, and I upheld my commitment even upon risking my life for others.  All I ask of veterinarians is to inform law enforcement so they may investigate the evidence they have witnessed.

In my police training on domestic abuse I learned many violent offenders first target family pets as a way of hurting human victims and demonstrating power and control.  I see mandatory reporting by veterinarians as a crucial early warning sign, like the proverbial canary in the coal mine.

If we don’t see it coming it will blow up in our face.

The reader may wonder if this is an isolated crime, not worth fussing about.  An expert on animal sexual abuse, M. Jenny Edwards offers sobering data to consider. 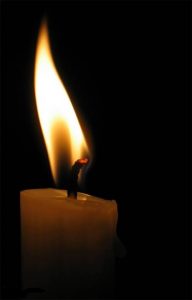 A.B. 666 passed through the Assembly hearing with unanimous approval and now rests in the hands of the Wisconsin Senate.  Sexual assault of animals is a serious threat to animal and human safety.  If you live in Wisconsin please contact your representatives.  In other states, please do the same.

This crime is not an isolated offense in a single location.  It is time to shed light on this abuse and fight it in our communities.  Will you light a candle and help?

*  As Marc Bekoff, Ph.D. kindly pointed out, there is a difference between zoophilia and bestiality, or sexual abuse of animals.  Cory Silverberg wrote an article about it.  In my brief online search for “zoophiliasex” I saw posts and photographs which seemed to blur the distinction among practitioners.  I apologize for any confusion my use of the terms may have caused.